Not all advice is good advice. Some of it is at best misleading, the rest just plain wrong.

In part one we looked at some of the internet marketing myths, and demonstrated just how far off the mark they were. In part two of this article, we’ll have a look at the final five ‘offenders’ in the category and show that you can’t necessarily trust all that you hear and read. Advice can be flawed, but knowledge is definitely power. 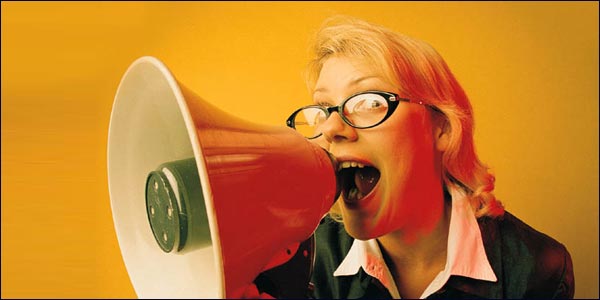 Ignore what Kevin Costner tells you – build it and they won’t necessarily come.

Anyone who’s seen the ‘Field of dreams’ will probably have been swept away by the power and escapism of the plot: you really do want to believe it, and celebrate with the character when everything comes to pass at the end. Sadly, however, it’s just a film – reality is far harsher and much more sobering. Just because you build it, doesn’t guarantee they will come. Take the Millennium Dome, it may well have looked great, but nobody came. I’m a passionate rugby supporter and watch my local professional side. They’ve been woeful for the last couple of years. There’s talk now of building a new state-of-the-art stadium to attract larger crowds and increase profits. Well, until the product on offer improves, the decline will continue. The team couldn’t fill the old ground, so what chance of filling the new one?

Internet marketing is no different. You can build the flashiest all-singing and all-dancing website, but visitors have to want to come and view your site: it needs to offer what they want at a price that’s better or cheaper than the competition. In order for that to happen, potential viewers need to know it’s there. If you simply create a site and leave it at that, then precisely nothing will happen. There isn’t a magic formula for internet success. Success depends on hard work and effective advertising. There are several ways of courting free advertising, as discussed in part one of this article, but unfortunately the same rules apply. You’ll have to speculate to accumulate, if you want your website to receive the publicity and recognition it deserves.

Email marketing is a dead duck.

Experts will tell you that social media has killed email marketing. They’ll say that this antiquated practise is now obsolescent due to advent of Facebook, Twitter and LinkedIn. Well, I’m sorry but I would have to disagree. Statistics from the US, which are directly replicated in both the UK and Northern Europe, show conclusively that email marketing is very much alive and kicking. The majority of time spent on the internet is now spent using mobile devices, be that iPads or phones. Email activity on these mobile devices increased fro 37.4% to 41.6% during the course of the last year alone. Email marketing is resurgent and is now largely targeted on the mobile market, bringing the offer to the customer when and where they want it.

Article marketing ain’t what it used to be.

Critics blame the exponential rise in the number of article writers for the demise of the blog. They say increasing numbers have flooded the niche, and consequently diluted its effectiveness. There’s perhaps a small grain of truth in that, however, not all articles are created and written equally. Some of the stuff that’s out there in the ether is dreadful. The thing is though, that doesn’t sound the death knell for the genre: in fact it can be seen as a positive. Poorly written articles merely serve to re-enforce and highlight the really well-written stuff. Cream will always rise to the top, and publishing sites are well aware of this. Don’t stop writing because the internet’s flooded with competition, just hone what you do and concentrate on the quality. Class and polish are permanent attributes.

If you’re not on page 1 of Google, you’re a failure.

Quite apart from the fact that such a statement is offensive, it’s also nonsense. Google only has 10 slots on its first page, so the chances of anyone bagging one of these is slim at best. No one would ever dispute Google’s pre-eminence in the search world, but goals like first page ranking are unrealistic. Besides, there is mileage in the argument that it’s inadvisable to put all your eggs into just the one basket. It’s much more advisable to spread the load and advertise your business through a variety of channels, utilising the full potential of the marketing mix: why not try blogging, article marketing, social media marketing and offline seo to give your business advertising a more multi-faceted edge. Why not diversify, and try something new?

Google can be a powerful force, but is prone to a throw a wobbly every now and again. The latest Panda update has played havoc with the ranking of many companies. One day there were on the first page, the next unlisted simply because the algorithm changed and the search engine decided they might be potential spammers.

Niche marketing isn’t worth the bother.

Critics will tell you there’s absolutely no point in entering a niche market that’s already saturated. Why, I wonder? If these markets are saturated, then there’s a very good reason for that: that’s where the customers are. If you look hard enough you’ll find that there’s more than enough business to go around if you know what you’re doing. So don’t be disheartened.  It’s where you position yourself within this particular niche that will determine whether or not you’re going to be successful. Successful niche marketing is all about finding your place and staking your claim. To achieve that you have to accentuate what differentiates your business from its competition. Explain to readers why and how you’re different or better than them and then exploit these differences consistently.