Everybody knows that all advertising on television and in newspapers and magazines is regulated by the Advertising Standards Authority (ASA).

It’s been going on for decades and has, by and large, ensured that advertisements do exactly what they say on the tin. There has been concern, however, that when it came to the regulation of online advertising, brands choosing to communicate through their websites and social media could say pretty much what they wanted to with no comeback. 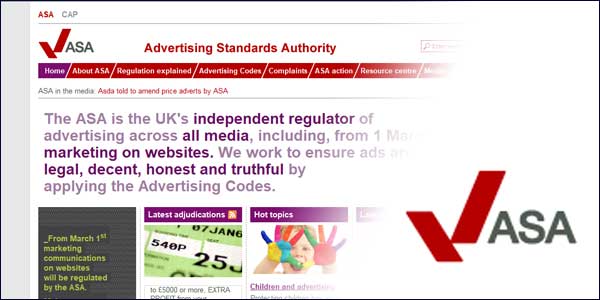 The subject was brought to the attention of the authorities in 2005, when a report by the Food Commission named and shamed brands like Chupa Chips, Nesquik and Frosties amid claims that they were ‘pushing’ their wares to unsuspecting children with such claims as lollipops were ‘good for you’ and give your ‘brain a boost’. Sustain, the children’s food charity, took the criticism of the ASA further still, describing the lack of response as scandalous.

The watchdog has long been aware of the criticism and revealed that two thirds of all advertising complaints were about digital advertising, but acknowledged that it could do little in the circumstances as online advertising fell outside its remit. However, things are now set to change: from 1 March, 2011, the ASA will be able to tackle these issues when it gains the power to challenge ‘marketing communication’. Websites will therefore have to take equal care to ensure their advertising is accurate and not misleading.
The new powers are a little vague, as is the case with most legislation, but the ASA has released some guidelines to clarify what these changes will mean.

The primary concern is not to punish advertisers, but the new sanctions include:

It needs pointing out that these new regulations will apply not only to .co.uk websites, but will also cover advertising on .com websites: in other words organisations from home or abroad who market communications both on their own sites and also in other non-paid-for space online under their control, such as branded Facebook and Twitter pages.