No, that’s not a quote from the CBI which we’ve all come to expect regardless of the rising GCSE rates, nor is a complaint from one of the ‘apostrophe police enforcers’ out there either, though I have to nail my colours to the mast and admit I do have some sympathy with that one. Actually it’s a quote from a well-respected online business man who truly believes that not only are basic standards of spelling and grammar declining at an alarming rate, but this is costing internet businesses millions in lost online sales. So, is he right, or is this just another scaremongering story? 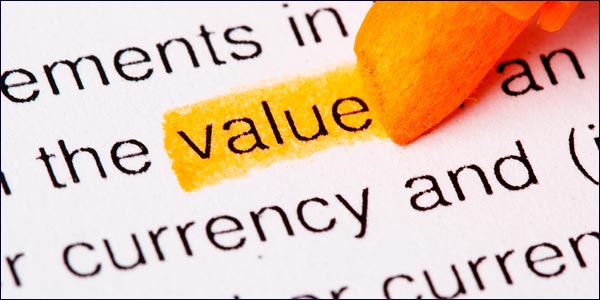 Charles Duncombe states categorically that an analysis of website figures shows a single spelling mistake can cut online sales in half. Moreover he says he’s been appalled by the standards and quality of written English he’s seen both at his own business and elsewhere on the web. He believes that statistical analysis will back up his theory and show quite clearly that misspellings will put potential customers off and raise concerns about the credibility of the online business.

Duncombe, who runs a number of online travel, mobile phone and clothing websites claims that poor spelling is causing serious problems for the economy.

He feels that it is now a struggle to recruit enough staff who can spell correctly, and therefore the economy is probably not as efficient as it should be. Currently internet sales are running at £527 million per week according to the latest figures supplied by the Office for National Statistics.

“I know that industry bemoaning the education system is nothing new but it is becoming more and more of a problem with more companies going online. This is because when you sell or communicate on the internet, 99% of the time it is done by the written word. Often these cutting-edge companies depend upon old-fashioned skills.”

He’s not alone in his concern for the future.

His fears were echoed by the Confederation of British Industry. (CBI) Head of education and skills, James Fothergill, warned that too many employers were so worried that they have been forced to invest in remedial literacy lessons for their staff

“Our recent research shows that 42% of employers are not satisfied with the basic reading and writing skills of school and college leavers and almost half have had to invest in remedial training to get their staff’s skills up to scratch. This situation is a real concern and the government must make the improvement of basic literacy and numeracy skills of all school and college leavers a top priority.”

Mr Duncombe, director of the Just Say Please group, says that this isn’t just a hunch and it really is possible to identify the specific impact of a spelling mistake on sales. He says he measured the revenue per visitor to one of his websites, tightsplease.co.uk, and found that the revenue was twice as high after an error was corrected:

“If you project this across the whole of internet retail, then millions of pounds worth of business is probably being lost each week due to simple spelling mistakes.”

He also believes that poor spelling ultimately affects the credibility of a website. Many people are concerned about internet security these days and are worried about hacking and identity fraud. Because of these underlying concerns, he feels it’s even more important for online businesses to get the basics right; and the most basic thing you can do is spell correctly. A misspelt word could determine whether a potential customer stays on the site or not: after all, he says “You get about six seconds to capture the attention on a website.”

Duncombe’s recruitment procedure is rigorous to say the least, even when recruiting university graduates.

He scrutinises the applications and weeds out those with text speak immediately. Even then he prefers to give potential staff a written test without access to a spell checker.

Professor William Dutton, director of the Oxford Internet Institute at Oxford University, says that in some informal parts of the internet, such as Facebook, there is greater tolerance towards spelling and grammar:

“However, there are other aspects, such as a home page or commercial offering that are not among friends and which raise concerns over trust and credibility. In these instances, when a consumer might be wary of spam or phishing efforts, a misspelt word could be a killer issue.”