Barely a week goes by without some new twist or turn in the group-buying sector.

If it’s not the big guns trying to muscle in on the action like Google and latterly Facebook, it’s the two local market giants Groupon and Living Social slugging it out to retain or claim top dog status. For any neutral observer without a particular axe to grind, it’s an entertaining and enthralling contest. What makes it even more appealing though is the fact that regardless of whoever wins the latest battle for ranking, the one undisputed winner is the consumer. 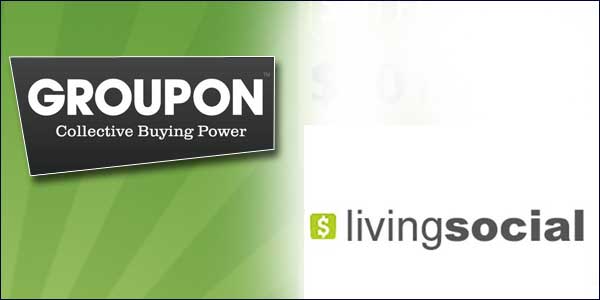 Last week’s news was definitely a tick in the box for Living Social. The combined daily deals offer with Amazon for a 50% discount had consumers hammering on the door. Given the nature of the offer, it’s hardly surprising that Living Social’s share of last week’s group-buying market saw a healthy 80% increase: just over 1.3 million Amazon vouchers were sold, making it the largest and most successful group-buying deal in history. Obviously Living Social would be hard-pushed to top that offer.

Groupon, however, is not known for sitting on its laurels.

That’s why it has over 50 million users and why it’s the market leader. It was inevitable that it would hit back. That it should do it in the lead up to the Super Bowl also shouldn’t really come as any great surprise.

Groupon managed to bag a last-minute Super Bowl advertising slot for the holiday weekend, ensuring it brought its message to the largest American TV audience of the year. If US citizens weren’t aware of it before the game – which is highly unlikely, they certainly weren’t afterwards. Rumour has it Groupon paid way over the odds for the advertising slot, but for a company that publicly expresses a desire to go mainstream maybe that’s a price worth paying. What probably wasn’t foreseen was the storm of controversy that the advert created when lampooning the plight of the Tibetan people in their struggle for independence. Still, that’s another story and there’s probably no such thing as bad publicity.

Groupon also offered a special deal of its own in response to the Amazon/Living Social deal.

It offered its own 50% discount in a tie-in with national book retailer Barnes & Noble. The move seemed to contradict the very idea of a local offer, but anything Living Social can do. Besides which Groupon had already bucked the trend in the early summer with its tie-in and joint offer with retailers Gap and Nordstram Rack, so it wasn’t entirely unexpected.

The offer gave a the same 50% discount to all Groupon customers who purchased books through Barnes & Noble and was as you’d expect a qualified success. However, the offer didn’t prove quite as appealing as Living Social’s, but then again Amazon does cater for a much broader market. Figures aren’t yet available for this latest offer, but are sure to be analysed and scrutinised by the competition.

This certainly won’t be the last news or offer to come from either company, so if you’re a consumer and in the market for a daily deal, then watch this space and see who moves next.