Have you ever wondered how you might harvest new, free and fresh ideas that will take your business to the next level, or multiply your workforce without shelling out a penny of your own money?

You’d probably think that would be impossible: most people understand there’s no such thing in life as a free lunch, don’t they? Well, it turns out you may just have to think again. Behold the power of crowdsourcing: an open call to the undefined mass out there who might just have the knowledge, power and new ideas that could completely transform your business, all free of charge. Still not convinced, then read on. 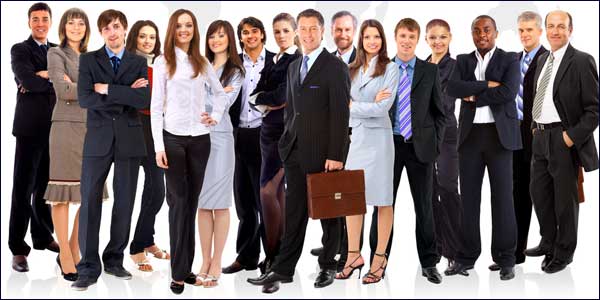 Companies like Groupon have been wise to this for some time. They have harnessed the power and instincts of the ‘crowd’ by using social media with unparalleled and spectacular success. The idea is simple and not particularly original, but it works. The beauty of course is that the power remains in the hand of the consumer: the daily offers are out there, but the deal will only be done if a ‘tipping point’ is reached and a critical number of people all buy the same offer on the same day.

Crowdsourcing isn’t just limited to marketing and advertising. It has been used increasingly in every sector of modern life from the arts world to research and development in the health sector. Tim Burton used Twitter to ask his fans for ideas to help build the story for his watercolour super-hero character ‘Stainboy’. Ridley Scott and Kevin McDonald used the power and influence of YouTube to produce the critically acclaimed film ‘Life in a day’: the film was constructed entirely from user-generated film content shot throughout the world on 24 July, 2010.

The software company World Community Grid has taken the idea of crowdsourcing even further.

How do answer the trickiest and most-perplexing questions that life has to offer? The answer is research. Unfortunately research is time-demanding and costly. If it were possible to utilise the power of idle computers however, even for just a few hours each day, just imagine how much additional open –source research might be possible and the type of results that could be achievable. Since IBM launched the project in 2004 over half a million people have ‘volunteered’ throughout the world and extensive research projects have been carried out on cancer, HIV, the human genome and muscular dystrophy. It would’ve taken funded research 328,000 years to complete the Grid’s calculation so far: with voluntary help, it has taken just 6.

Obviously, there has been some criticism of the use of crowdsourcing.

Some have argued that its use inevitably leads to exploitation and the manipulation of those who may be vulnerable. However, recent studies have indicated that this isn’t necessarily the case. In fact many participants in these schemes feel they have benefitted significantly by participating in crowdsourcing applications.

Whatever your opinion on this moral conundrum may be, there can be no doubting that when used in the correct and appropriate circumstances, crowdsourcing can be a fantastically valuable resource to all sectors of the community. However, the one thing to bear in mind is that for all its benefits it will never be the solution to all of life’s problems.