If ever there was a fight between McDonald’s and Burger King, who would you put your money on?

Would either be able to land a knockout blow, or would it go to a point’s decision? You couldn’t decide on past form as they’re both doing well in spite of the recession, and they both weigh in at roughly the same. So who would the punter put his money on? Well, logically there’s not much to choose between them. They’re both household names with real ‘heavyweight’ clout. You’d guess, given the type of calorie-busting, cholesterol- laced food they dish up, the chances are they’d just ‘batter’ each other to a standstill. They wouldn’t have the stamina to go the distance. So the clever money would probably either be on a no-contest, or a mutual retirement.

Yet, research just published by Market Grader has proved us all wrong.

It seems there is an outright winner in the battle of the artery-busters, though we’re not talking in terms of taste or nutrition here: in the world of internet marketing McDonald’s is the king supreme. Burger King, on the other hand, lags way behind and is in a bit of a McFlurry. 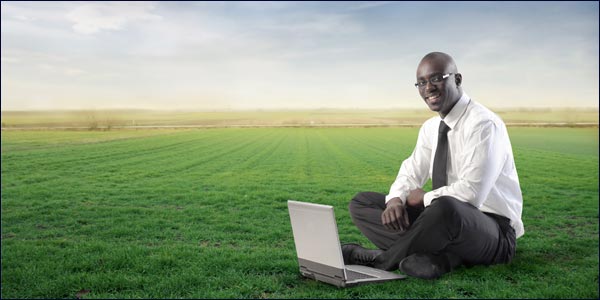 In terms of social media impact, McDonald’s has it covered. The Golden Arches not only has more Twitter and Facebook followers and fans, but it interacts considerably better with its audience too. In terms of numbers McDonald’s outnumbers Burger King by 11 to 1, though numbers alone count for nothing. In terms of audience interaction, McDonalds certainly manages to whoop Burger King’s backside. Burger King uses the social media like a sales sledgehammer, banging on about its sandwiches, burgers and promotions. McDonald’s on the other hand uses the social media to carry on meaningful conversations with its followers. They post fan pictures, direct message coupons on Twitter, and re-tweet the ‘fan love’ they receive as often as they can. Unfortunately even the Burger King’s mascot has been flame grilled by McDonald’s and no longer features on any social platform.

McDonald’s dominates this category with over 7,000 website pages and close to 16,000 inbound links. You might think that companies of this size wouldn’t be too concerned about SEO, but even the all-powerful can’t deny the power of inbound links. Links are votes of online popularity and provide doorways to a website for people who wouldn’t normally have any inclination to go there. The huge number of linked references and online mentions McDonald’s has cultivated means more traffic, exposure, and awareness of their brand and products.

McDonald’s wins this contest hands down with a welcoming and easy-to-navigate website.  Burger King’s website appears to be little more than a directory of its different language sites:  a setup which apparently puts off quite a number of first-time visitors. McDonald’s, on the other hand – a site and a half consisting of over 7,500 pages, is amass with content, games, stories, nutritional information, and apps. In terms of website visitor experience and engagement, McDonald’s land another body blow. Visitors to Burger King rarely stay on the site for more than a minute, but McDonald’s manages to keep tem hooked on average for over 3 minutes, and gets up to 6 clicks/pages per visit.

If there was a referee, he would’ve stopped the contest by now, and declared McDonald’s the winner by a unnamimous points decision. Now obviously Burger King is still doing well enough even though it lags behind the Golden Arches by a country mile. But how much better could it be doing if it got its internet marketing act together? The chances are it may well still come off second best, but certainly McDonald’s competitive advantage would be reduced significantly.