Here’s a question for you? What were the most popular search terms for the opening quarter of this year?

Have a guess – Justin Bieber, Lady Gaga? Fair enough, that would’ve been my guess too, but we’re all wrong. In fact on a scale of 1 to 10, the most popular search terms were as follows: boots, dresses, fancy dress, beds, kitchens, curtains, sofas, iPod Touch, Amazon Kindle and iPod Nano. If you’re perplexed and wondering what the point of this is, well, I’ll let you into a secret: consumers predominantly search for retail information. Moreover, these very same consumers search mainly from their mobile devices rather than their laptops or PCs. If you find that hard to believe, then have a look at the figures from the first Online Retail Monitor from Google and the British Retail Consortium, which clearly show that online retail searches from mobile devices have trebled during the first quarter of 2011. 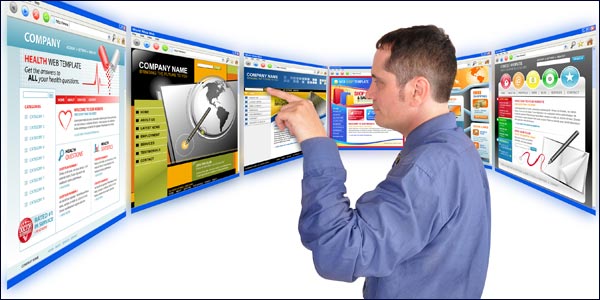 Mobile retail searches from smartphones and tablet devices increased by 181% in the first 3 months of 2011, compared to the same period last year, and they account for 11% of all retail searches. The total retail search volumes increased by 29% for the same period. This growth was predominantly driven by multi-channel retailers who recorded a 42% increase in search traffic. Online-only retailers saw a level of growth during the period, but this was limited to just 19%. If ever proof was needed that there is added value in delivering a multi-channel service to customers, there it is.

Stephen Robertson, Director General of the BRC, put these figures into context: “online is the fastest growing part of retailing. We need to understand that development better, and what’s driving it. Despite any short-term effects from the weakening of consumer confidence, what stands out here is the fundamental strength of the growth of online retailing.”

“A 29% increase in retail searches in a year is a huge increase in potential shoppers. The rise of mobile use to 1 in 10 searches sends a valuable message to any forward-thinking retailer that doesn’t yet have an m-commerce platform.”

The ORM report measures the growth of online retail searches by counting the retail-related search terms consumers type into Google.

These searches are then categorised and ranked to compare/contrast the performance of pure-play and multi-channel retailers. It’s envisaged that the report will be published quarterly from now on to complement the high street figures used by the BRC.

If you’re still sceptical about the future of online search and the increasingly important part that the mobile will play in it, then here’s a final statistic. A report released from Arc Worldwide has confirmed that over 50% of shoppers use their mobile phones to help them reach decisions when shopping. Doesn’t that suggest that the mobile is set to become one of the most powerful and influential tools for both businesses and consumers?