Can you remember what you tweeted 2 years ago?

More to the point does it really matter? After all tweeting is simply an off-the-cuff thought or comment usually made on the spur of the moment. Maybe there have been times when you’ve thought to yourself with hindsight that that last tweet maybe wasn’t particularly appropriate or in the best possible taste: but hey, it’s done now and will no doubt soon be forgotten. Well, maybe it’s time to start thinking again. Twitter has given the go ahead for promoted brand tweets. That’s hardly news, we know: it’s been widely publicised, and we’ve probably already received these promoted tweets from brands we are or were interested in.

What is news is that Twitter has now given the go-ahead to companies to access tweets from its archives stretching back as far as two years for market research purposes. Now that may not bother you per se, but it does raise a couple of interesting questions. Is there a line between personalised search results and privacy invasion, and if there is, when can internet marketing become too intrusive and cross that line? 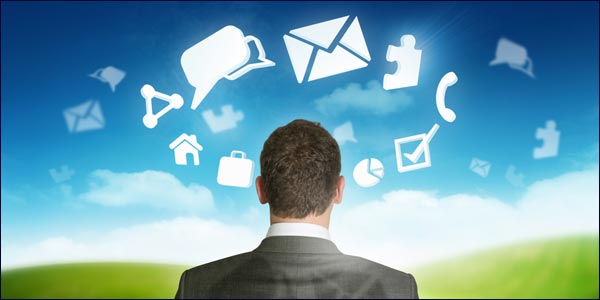 Twitter has gone into partnership with UK-based Company Datashift.  The micro-blogging giant will now give those companies who are willing to spend a pretty large wedge of cash, access to its archives that date back as far as January, 2010. Why is that in itself such a problem? Well, it will mean that these companies will be able to use these historic tweets to target users, plan upcoming marketing campaigns and possible even predict future business strategies. Now some industry experts have suggested any rumblings of discontent are over-exaggerated, and do not represent any sort of threat to user privacy. Yet when you consider that there are over 250 million tweets sent every hour, then the level of data that companies can mine is truly staggering. How they can use technology to make use of this volume of data is quite another matter.

Still, that’s not the point at issue.

Gus Hosein, executive at Privacy International, certainly believes it is. Speaking to the BBC, Mr Hosein pointed out that allowing companies access to such unprecedented historical data is a ‘radical shift’ in the wrong direction as far as he’s concerned:

“Twitter has turned a social network that was meant to promote real-time global conversation into a vast market-research enterprise with unwilling, unpaid participants.”

However, Tim Barker, Datashift’s marketing manager commented to the BBC that as far as he could see there wasn’t a problem: Twitter users already connect with companies through the platform and are already exposed to brand page advertising: all this initiative does is take it such a stage further. In his eyes there is no question of privacy invasion:

“No one’s ever done this before. It’s a brand new service that we’re bringing online. I don’t see that this creates any new dilemmas because this information is being pushed out socially right now.”

Twitter has found success because of its brevity and immediacy. Many sceptics thought that 140 characters would prove to be too little for users to express any valid and useful opinions, but they have been proved wrong. Twitter is a phenomenon with over 1 billion tweets posted globally every week. No wonder some companies want to get their hands on the historical data for marketing purposes.

However, there may yet be some comfort for those who feel that this selling of past information is a step too far.

The majority of web surfers would prefer to have stricter laws to protect their privacy and prevent them from being targeted by advertisers. This has prompted the government to introduce changes to legislation. To that end, new guidelines are set to be announced later this year which will impel websites to request permission before leaving tracking cookies on a user’s personal computer. This should theoretically guard against users being targeted by re-marketing strategies which personalise advertisements based on the history of the previous websites the user has visited. Will it work or be sufficient to protect a user’s privacy completely? Well, the jury’ still out on that one. Only time will tell.