For many people ‘advertising’ is seen as a slightly grubby word.

It’s unfortunately garnered a reputation for being less than honest, and many believe that sharp practices lie at the heart of the industry, where the sale is the only thing that matters. The question is, is this really a fair and accurate reflection of the advertising industry at the moment? Moreover, is internet and online marketing tarred with the same brush? Well, it might surprise you to learn that according to a recent study by Marketing Week, things may actually be improving. Advertisers aren’t held in the same contempt as the banking industry any more. Maybe things really are on the up. 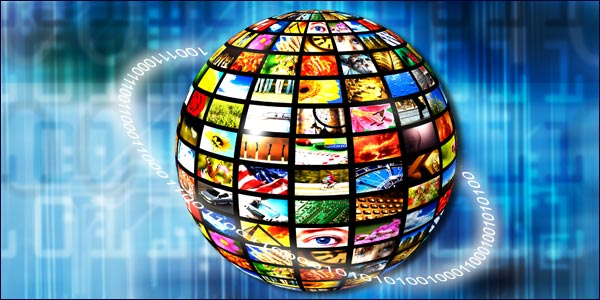 The study commissioned by the Advertising Association’s independent think tank, Credos, and conducted by ComRes, interviewed 2,000 consumers and discovered that two-thirds of UK adults trusted advertising to some extent. Furthermore 88% of those questioned believed that advertising helps to boost retail sales in the UK. So far so good then. However, before advertisers start to break open the champagne, there needs to be a slight note of caution. Only 3% of those polled trust advertising to a great extent, whilst 22% said they did not trust it at all. Unsurprisingly those consumers who hold a strong opinion about marketing are prone to view it less favourably and in negative terms.

The interesting discovery about the survey was that there was a marked difference between the views on the industry in general and the work it produces: Customers appreciate the work the industry does, but not the industry itself. 53% trusted the industry, yet only 3% trusted it explicitly, with 38% of consumers showing no trust in it at all. Naturally these last figures need to be viewed in the context that those who have strong opinions tend to make more of a fuss, or as our American cousins would rather say, it’s the squeaky wheel that gets the oil.

As an industry in general, advertising fares quite well.

It’s ranked above the media, energy and, unsurprisingly, the banking sector in terms of favourability, but only just beats banking when it comes to trust. According to Credos director, Karen Fraser, “people are now more part of a conversation between brands and consumers, and that brings greater transparency. People have certainly told us in this research that they consider themselves better informed.”

The innate lack of trust is reflected right across the advertising media spectrum. Direct mail is probably the only channel where the pattern breaks down, with 50% of consumers claiming to have no trust in it at all. Online marketing surprisingly comes out poorly in terms of consumer trust: internet marketing channels are trusted to some extent by just under half of consumers, but sadly 34% of consumers don’t trust it at all. Surprisingly newspaper and magazine advertising fares better, with 69% claiming they trust the advertisements to some extent, and only 20% showing no trust at all. This is unusual in that more people visit internet sites daily than read the newspapers.

However, perhaps it isn’t quite as bleak as we may fear: well, not according to Moneysupermarket.com director of consumer marketing, Paul Troy who remains slightly more upbeat about online advertising’s reputation: “When people are making bigger decisions, recommendation becomes more important and they go to a trusted source of information. Trust in online would go up hugely in that situation.”

There is a clear warning however, about placing too heavy a reliance on social media marketing.

Whilst the social media may be viewed by many as the new Holy Grail for the advertising industry, the survey would recommend a note of caution. 36% of consumers may indeed use Facebook on a daily basis, but 31% never use it at all, and that figure rises to 71% for Twitter. Perhaps the warning signs are clear, and that’s that advertisers may not be best advised to put all their advertising chickens in just the one basket. According to Eurostar’s marketing director, Emma Harris, this message fortunately is beginning to get through to those within the industry, and the emphasis now is plainly on diversifying the marketing mix: “marketers are aware that Facebook communication is to a specific demographic. Any marketer will need to understand that you have to use a combination of different media. You use outdoor, radio, press and TV for your big communication message and then you go targeted through social media with your direct response and pay-per-click activity creating a net underneath.”