Here’s a question for you: is search engine ranking the be-all and end-all as far as you’re concerned, or has its importance been diminished by the emergence of social search? I ask this after reading an article in Marketing Week about Google+1 and its growing impact on search engine results. There was a time not that long ago when search engine rankings were the Holy Grail: the higher you ranked, the better you’d fare as more people would be directed to your website. Despite the constant algorithm tinkering by the search engines, the principle remained the same throughout: the greater the number linking to your content, the higher your ranking would be. However, social media has changed all of that big time. 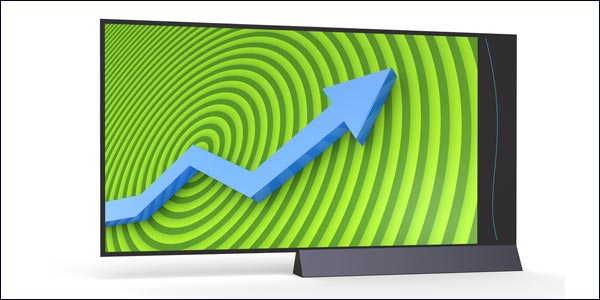 Brands now interact more readily with their customers through social media, and gear their marketing efforts at gaining the highest possible number of Facebook approvals or retweets. Most of their content is written for this purpose, and many of the major players have had remarkable success. Obviously this spelled bad news for the search engines as it appeared their powers and influence were being usurped by these upstarts. So, they started to look at their own strategies and decided to come up with alternatives which would maintain the SERPs but also incorporate the results of social search. Bing has been experimenting by including Twitter conversations in general search results. Granted it’s only in its infancy at the moment, but looks likely to be fed into a full-scale version pretty soon.

Not to be outdone, Google has hit back and launched +1. Many have argued that this decision was taken because Twitter refused to sell to Google, and Facebook opted to throw in its lot with Microsoft. In the end it doesn’t really matter. Whatever the reason, Google+1 is here to stay and will undoubtedly have an important bearing of the direction of search engine results in the near future, particularly when its doors are open to all. The significance of +1 hasn’t been lost on brands. Although the final weighting of the +1 approval statistics has yet to be finalised, there is a clear implication for brands that those who produce content that is ‘liked’ will feature more prominently in the search engine results pages.

So why is +1 so important, and why is it going to have profound effects on the SERPs? Well. According to Google spokesperson, Anoek Eckhardt, +1 will affect the SERPs in 3 distinct, but interconnected ways:

“First, +1-ing something is a public action. People you know, and potentially others, will see your +1 as an annotation when the page or ad you recommended appears in search results. Secondly, by pressing +1, people are helping Google to personalise search results. You might see the pages you’ve +1-ed appear more prominently in your search results, along with a note that you’ve +1-ed them. Thirdly, Google will incorporate clicks on +1 buttons in our ranking. As with any new ranking signal, we’ll be starting carefully.”

Others involved with search engines agree that social search will change the landscape of natural search irrevocably. We’ll no longer have to rely on searches prompted by algorithms that feed us links from websites that we ‘re generally unsure about and don’t necessarily trust: after all, many of these websites got to where they are by purchasing links, so people are right to be cautious. Instead we’ll be viewing search results that incorporate the views of real people, some of whom we’ll know. By and large people will trust their friend’s opinions and preferences more that those currently thrown up by the search engines.

Microsoft’s group search manager, Colm Bracken, is in full agreement with this opinion, but argues that social search should be welcomed with open arms rather than feared:

“This is going to be a massive opportunity for people to invest in their brand proposition in social media. This will feed into improving natural search results. I can see natural search becoming all about branding, where results are improved by people liking what you are doing in social media and recommending your content, at the same time as paid-for search will be about tactical marketing.”

So are you one of the Luddites who fears this new-fangled approach, or can you see the positive benefits it will bring not just to the search engines results, but also to businesses? Perhaps the last word should go to Lindsay Neal, SEO marketing manager at insurance firm, Swiftcover: if you can’t place the firm, just think of Iggy Pop and you’ll get there. For Swiftcover it’s a no-brainer: social search will improve natural search and help businesses reach out to and communicate with their customers

“It is the most exciting time natural search has seen. Brands that don’t entertain and engage their audience will struggle against competitors whose content is liked and shared.”