You might think that’s an odd question to ask, and you’d be forgiven for dismissing the suggestion out of hand. I’ll lay my cards on the table straight away and state that I don’t think it can. People change the world, not social networks. However, nothing is ever black and white. The growing influence of Facebook and Twitter does make you wonder whether this will always be the case. Times change and so do people. Maybe one day the roles might be reversed: maybe one day social media will set the agenda rather than simply following it. 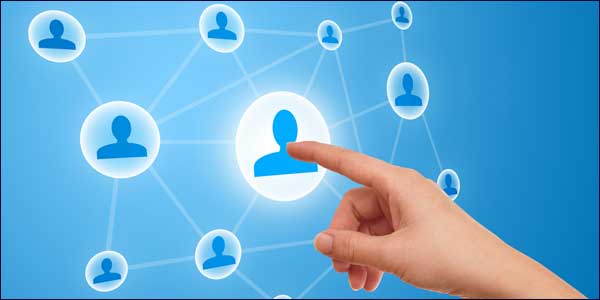 The power of social media lies in its reach, not necessarily in its relevance. It’s no longer just a fun place to converse and gossip with friends: it has developed into a powerful marketing tool for businesses and its influence now transcends national and international boundaries. It truly is a global phenomenon. Whatever the latest news or international catastrophe, it will always be on Twitter or Facebook in a matter of minutes.

Social media has evolved. It’s no longer simply a vehicle for peddling the frivolous or the absurd: it now has the power to drive an agenda. Recent coverage in Tunisia, Egypt and Algeria and of the earthquake in Haiti stands as testament to this and illustrates just how powerful and influential it has become. People caught up in disasters, be they natural or political view Facebook and Twitter as their window to the world. Social media gives them the platform to tell the world of their plight and gives the rest of us the opportunity to view and read information we may not previously have been aware of.

That’s the power of the internet. It gives us all the information we could ask for and makes it immediately available and accessible. Of course it may be information that certain people or organisations would prefer us not to know – just ask Julian Assange, who probably knows a thing or two about that. Knowledge is power: it always has and always will be the case. Unfortunately the first casualty of any war or political conflict is truth. What better way to quell an uprising or movement than by suppressing and cutting off this information. Why otherwise would networks be shut down or withdrawn? Without this knowledge movements lose momentum and influence.

No one would suggest for one moment that social networking is now exclusively the preserve of the political activist or the social reformer, but things have definitely changed. It started to move in this direction in 2007 with the furore created by the elections in Iran and has gathered pace ever since. Of course the social media will always remain a broad church: there’ll always be room for the ridiculous or the silly story like Larry the cat, Downing Street’s newest resident – that will never change. What have changed though are people’s perceptions and expectations. For many, social networks are now regarded as the ultimate weapon in the battle to drive political and economic change. They’re viewed as even more powerful than news channels and newspapers. Whether either Facebook or Twitter ever realised the power and influence that their networks would one day wield in debatable, but the truth is it may not be long before social networks do have the power to set the agenda and change the world.