Spam is back and not in the way you might at first suspect.

We’re not talking about the irritating viruses and emails that litter your inbox here either: we’re talking about the tinned variety. Those of a certain generation will remember the tinned meat and may go all misty-eyed at the thought of spam fritters. Others may recoil in horror at the memory. Love it, or loathe it, it’s on the comeback trail and has become the latest retro brand to implement a social media strategy to broaden its appeal and tell its story. 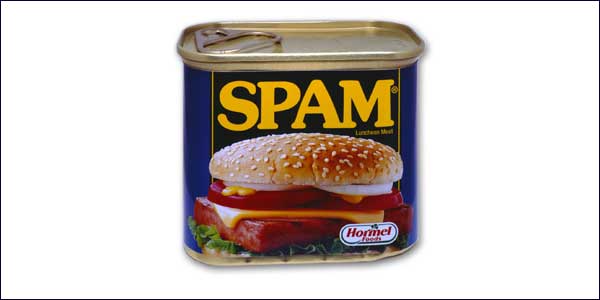 The precedent for re-invigorating retro brands was set by Procter & Gamble with its ‘Old Spice’ campaign: that proved beyond question that there was life in the old dog yet. P & G raised the bar for targeted social media marketing and underlined the fact that compelling content was the key ingredient in the advertising world. Unilever are set to follow its example along with Hormel Foods.

The canned food firm established in 1941 is upping the ante with a social media campaign that seeks to tell the story and heritage of Spam and re-establish the brand as a major player in the food industry.

It might surprise some, but Spam is already very popular with the younger generation on both Facebook and Twitter: the Spam Fan Club is just one of a number of sites that enjoys a substantial following amongst the under 35s.

Hormel Foods is aiming to use digital advertising to reach out to the over 55s who are now using social media in increasing numbers. The company is hoping to capitalise on the feelings of nostalgia that are often seen during times of recession: when times are tough and money is tight, consumers tend to look back with affection, warmth and security at the things they grew up with.

The company’s website features a ‘potted’ history of the brand along with competitions and recipes.

It also has an online store where customers can buy the tinned meat itself along with Spam-related products. The new campaign, devised by digital agency, I Spy, focuses on the character and heritage of the brand through coupon distribution, special events and competitions. The predominant focus will be centred on social media sites like Facebook and Twitter, but there will also be offline activity, mainly thorough TV and magazine advertising, co-ordinated by Spam’s retained creative agency, Underground.