According to the latest report from online marketing group, Experian Hitwise, Google is struggling in the race to provide the best and most relevant search engine results. In the survey the online marketing group discovered that both Bing and Yahoo were far more effective at providing accurate and user-focused search results. By implication it suggested that Google, the world’s largest search engine was losing its grip. The question is, is that really true? Has Google shot its bolt, or are there more factors that need to be taken into consideration before such a dramatic conclusion can be reached? 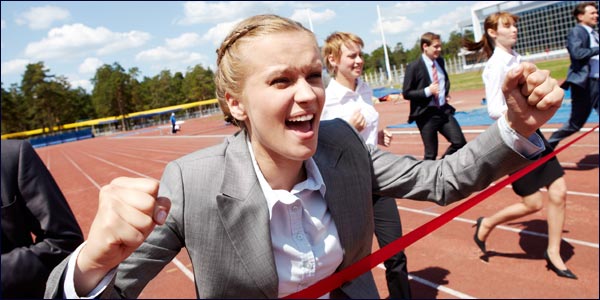 The Experian Hitwise survey is based on figures solely for July 2011. It found that 81.36 percent of searches executed on Yahoo resulted in a visit to a website. Bing’s results were not far behind, with 80.6 percent of searches resulting in visits to recommended websites. Sadly for Google the results were not quite as favourable: only 66.36 percent of searches executed resulted in a referral to a specific website. Granted on paper this might not look too good, but is it actually that important? Is Experian missing some vital piece of information, or are the results of the survey slightly disingenuous?

A report from online advertising network, Chitika, calculated that 72 percent of Bing traffic comes from Internet Explorer users. Bing is the default search engine of IE, which is the default Internet browser of the Windows OS. So what can that tell us? Well perhaps lots of Bing users are simply Windows users who never bothered to change their default setting for their search engine. Perhaps they’ve used Internet Explorer historically and seen no reason to change.

Google is far larger than Bing. It accounted for 66.05 percent of all U.S. searches in July 2011 alone. Although Yahoo and Bing are starting to extend their influence, they are simply not in the same league as the daddy of them all. Yahoo only accounts for 14.9 percent of all U.S. search traffic and Bing just 13.9 percent. Both Yahoo and Bing appear to be doing well with certain demographic audiences like the African-Americans and the younger working audience, but simply can’t compete in terms of general appeal. Google is popular amongst most demographic sectors and consequently deals with a much broader range of search enquiries. Is it any wonder that occasionally it might fail to be the oracle everyone expects it to be?

One thing the report didn’t highlight which may well have played some part in the rather surprising results that were thrown up, is the effect of Google’s Pageview feature. With the Pageview feature, you can look at and partly read the content of search results without having to click on the link itself. Obviously this can have the effect of leading to fewer clicks on the search results pages, but the users that do click know what they’re going to be given. Users on both Bing and Yahoo have to take the search results on trust and click on the link to find out whether this will answer their query. Often they are not in fact taken to the results, but to another page of lists of the same search results. To actually get to the link itself, users then have to refine the search further.

So, does this latest survey break new ground? Does it tell us anything we didn’t already know? Well, in short no. In July Bing and Yahoo had a good month: during the same period Google may not have performed quite so impressively.  Unfortunately what the survey doesn’t do is tell us why this may have happened: a few suggestions have been hinted at above, but there could’ve been a whole host of factors that came into play which we’ll never really know about. If we cut to the chase, I’d suggest that people shouldn’t necessarily believe all the read, and if you like to search using Google, then stick with it. The statistics may say otherwise, but trust me, Google’s going nowhere.