On the face of it Twitter is a social networker’s dream.

You can instantly update your status and let the world and his wife know what you’re doing or thinking at that precise moment. Even the most mundane update will probably be of interest to somebody, somewhere. Twitter is the supreme instantaneous networking tool which when used appropriately and, in the right context, is without an equal. There is a proviso however, and unfortunately it’s quite a big one: you have to have the maturity and appreciation to understand the circumstances where using Twitter might not be appropriate – just ask Jack Wilshere. 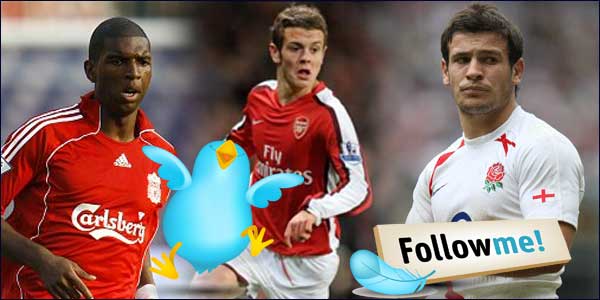 Now everyone understands how there can be times when you’ve felt disappointed and let down and, above all else, what you want to do is get this frustration out of your system. There was a time when you’d maybe kick the cat to release this tension – apologies of course to cat lovers out there. Sadly, the solution today appears to be that the best way to get this frustration out of your system is by letting the world and his wife know exactly how you feel. Unfortunately every action inevitably brings a reaction and there’s a price to be paid, especially if you’re famous or in the public eye.

Jack Wilshere isn’t the first, and certainly won’t be the last to cross the line and publicly state an emotion that, in hindsight, might’ve been better kept to himself. Ryan Babel and Danny Care both have previous on this and have paid the price with official sanctions and heavy fines. It isn’t just limited to sportsmen either: even the erudite and learned occasionally drop a clanger and land themselves in hot water – even Stephen Fry’s not exempt.

The point is, posting any online message will bring consequences.

It isn’t like a throw away remark you might say to a friend. Once the message goes ‘public’, or at least gets into the public domain, those you choose to criticise will get to know, and the consequences will follow as sure as night follows day: after all, they don’t have an automatic right of reply or the chance to defend whatever action it was that caused the offence.

It doesn’t matter how innocuous your statement might be, it’s still out there able to be viewed by others. If you or I had criticised a referee’s performance as ‘inconsistent’ no-one would probably care: if you’re well known, however, the chances are someone will, be that the authorities or the referee himself. In today’s dog eat dog world, there’s more than a grain of truth in the adage – you sow what you reap.

If there’s a moral here, for want of a better word, it’s that discretion is still infinitely superior to valour.

Think whatever you like and even say so to those closest to you, but for goodness sake, don’t go public with it or you’ll probably be sorry. ‘Less’ can definitely be ‘more’ in the world of social media. The next time something happens that really irks you, count to 10 and zip it – you know it makes sense.