The pressure continues to build for group-buying market leader Groupon.

First came the announcement that Google was to build its own group-buying service, followed by Facebook announcing the trial of its virtual group-buying prototype. To add to these potential woes, Groupon’s nearest competitor, Living Social, has announced an 80% increase in traffic during the last week. Is the bubble about to burst for Groupon, or is Living Social unlikely to maintain this new momentum? 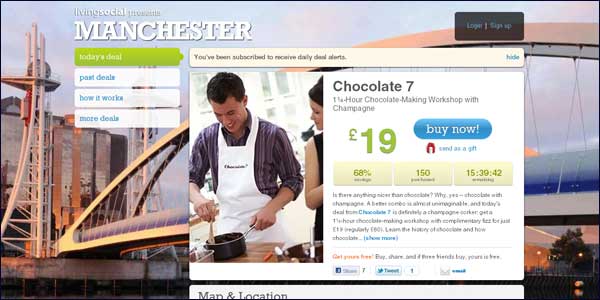 Prior to dramatic surge in interest, Living Social could only rely upon 10% of the web traffic of Groupon. So what accounted for this terrific increase in traffic? Well, it wasn’t entirely unexpected. Amazon, the e-commerce giant, made a strategic investment of $175,000 in December, 2010 to counteract any potential combination of a Google-Groupon alliance. As a consequence, Living Social offered a 50% discount off all Amazon.com goods last week. Unsurprisingly the take up was superb and probably even exceeded the expectations of all involved, as over 1 million Amazon vouchers were sold – the biggest and most successful group-buying deal in history.

It remains to be seen how Living Social traffic figures will fare in the coming weeks.

Naturally one would expect them to drop significantly, as the Amazon deal was most definitely a one off. In spite of this however, there’s little doubt that the episode has given Living Social’s profile a very timely boost. Signing so many new customers will have helped to bolster its market profile and may go some way to closing the gap on rivals Groupon.