The battle for the lion’s share of the search engine market has, until recently, been a very one-sided affair.

Google is king of the castle. No matter how hard the competition tried to make some headway into the sector, Google remained the dominant player. However, things are changing: Microsoft launched its new search engine, Bing, back in June, 2009 in an attempt to redress this imbalance. In July 2009, Microsoft also announced a deal with Yahoo which meant all future Yahoo! searches would be powered by Bing.  Granted – it may well have started off as something of a slow burner, but it has certainly been gaining momentum over the last few months. Indeed, figures recently released by Experian Hitwise would suggest that if this rate of growth were to continue, in a year’s time there may well be a new top dog in the search engine sector. 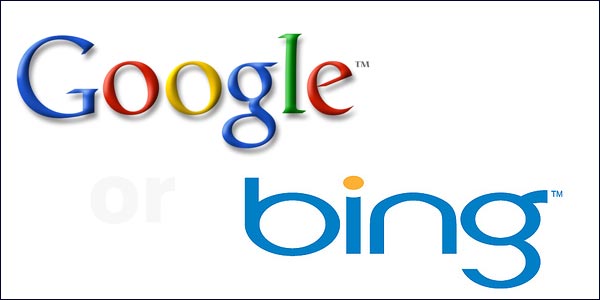 The suggestion that Google’s dominance in the sector might be under threat would have been unthinkable less than a year ago: yet the latest figures do undoubtedly show that in recent months Bing has definitely been playing with the stronger hand, and that its growth has come largely at the expense of Google. Bing’s rate of growth is currently 5% a month, whilst Google is losing approximately 3% for the same period. However, things are always relative. The truth of the matter is Google remains the dominant force in the market and accounts for 64.42% of all internet searches in the US. Bing on the other hand managed to capture only 30% of that market.

If the figures are an accurate reflection of the current state of play in the US market, then you’re probably wondering what all the fuss is about?

Why should Google worry, if it can out-muster its nearest rival by over 2 to 1? Well, this is where it could get interesting. Bing’s rate of growth has been pretty consistent over the last 9 months, whereas Google’s seems to have flat-lined at best. Google’s figures are down 10% since August, 2010, but notably fell by 3% in February 2011 alone. If the trend continues, and the same rates of growth and decline are applied, then theoretically Bing could overtake Google and become the pre-eminent search engine by January 2012.

Now, obviously, that’s a big if.  The statistics relate primarily to just the one month, though data released by com.Score would tend to suggest they are an accurate reflection of the actual state of play in the search engine market industry.

However, there’s no guarantee that these figures will remain as they are, and we all know Google won’t take this lying down. Indeed Google is trying its best to consolidate its position as market leader by adding new features to its flagship product, like +1, social search and Google Instant. Google, as history has shown, never shies away from a fight. Will Bing soon overtake Google and become the new heavyweight in the search engine division?  Nobody can really say, but what can’t be argued with, is that the momentum is currently with Microsoft and its business ally Yahoo. Who can tell what next year will bring?