What’s the thing every Dad wants?

Well, according to TGI Friday, it’s a cold one. That’s the gist of its new social media-promo idea it’s rolling out this week to coincide with Father’s Day. The U.S. promotion, which is featured on its Facebook page, encourages ‘friends’ to buy their fathers, or any other mate for that matter, up to 5 beer e-coupons to celebrate the occasion. Is this just a case of tasteless and irresponsible advertising, or is simply a matter of getting a message across at any cost? The answer, it appears, it that depends who you talk to: some see it as a clever and innovative way of using the social media to promote a brand, others as an act of gross irresponsibility that will ultimately encourage under-age drinking. Doubtless TGI Friday will be laughing all the way to the bank regardless. 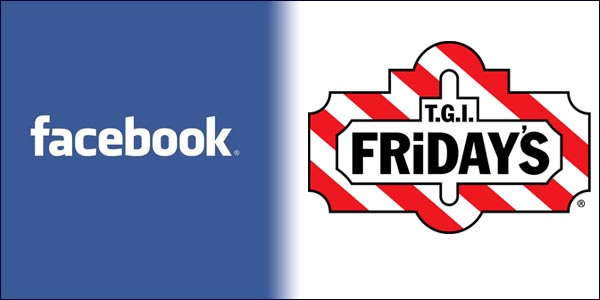 The Facebook promotion works in this way. A user can buy up to 5 tokens to be exchanged as gifts in TDG restaurants all over the US, providing the user verifies he or she is over 21. Oh, and you also have to ‘like’ TGI Friday before you can take part. Each token costs $5 and be printed off through a custom tab or texted to the recipient for use in one of the outlets. To re-enforce the message, TGI Friday has also made the promotion its main headline on its web page: ‘this Father’s day, why not buy your dad a round of beer?’

The critics have been quick to re-act to the promotion, branding it as both crass and harmful.

Bruce Lee Livingston, executive director of the Marin Institute, a watchdog group that tracks alcoholic beverage marketing describes the promo as “horrifying: this is part of a growing trend to use Facebook and other social media to promote alcohol sales to youth.”

The justification for the criticism is that there are already over 300 applications on the iTunes App store that actively promote drinking or some form of drinking game. Livingston believes this latest promotion encourages under-age drinking, as TGI Friday cannot guarantee that users who purchase tokens are actually over 21.

TGI, for its part, defends its actions and states that although it might be possible for someone underage to buy the token, they will not be able to exchange these in its outlets unless they can prove they are over the age of responsibility. Nick Shepherd, President of Carlson Restaurants, TGI Friday’s parent company, claimed that we are now in a new era of marketing, where social media alone is the medium by which brands can guarantee returns. Some, he believes, may see this promotion as tacky, whereas he sees it as forward-thinking. He says its part and parcel of the brand’s promotion of ‘craft’ beers, which account for 20 percent of all beer sales in some locations. The company unrepentantly stated it intends to continue the promotion throughout the summer.

Perhaps it’s just a sign of the times and a confirmation that internet marketing is indeed changing.

After all, how many younger users have parents on Facebook, so doesn’t it make sense to be able to buy them a beer for Father’s Day? It’s a good hook, and good hooks sell, but whatever happened to ties and slippers?