So the world’s worst kept secret is now in the public domain.

Facebook has stated officially that it is planning to float on the stock market and become a public company. This didn’t come as unexpected news, as there have been rumours circulating for months that this was the likely course of action. Yet, a few industry insiders did doubt whether the world’s largest social networking site would bite the bullet: Facebook has, after all, been a bit of a secretive sort of organisation and has always liked to play its cards close to its chest.

Public flotation would mean that the company would have to disclose information that it had previously guarded with a passion, like the value of its net income and an indication of exactly how much of the business Mark Zuckerberg owned. Anyway, now we know, or at least we think we do. Facebook is looking to raise $5 billion, or £3.16 billion pounds, when it floats on the markets, and it’s believed the market will put the value of the company at around $100 billion. Now, what ever you may think of social networking in general, or Facebook in particular, that it has to be said is not bad going for a company that’s barely 8 years old. 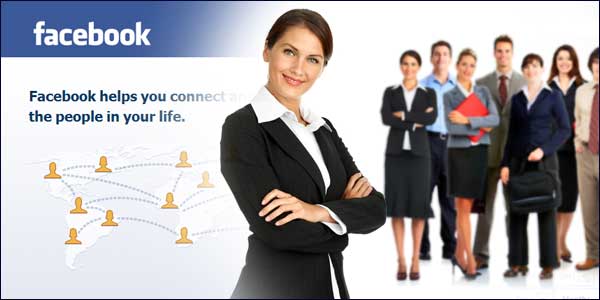 So what does the IPO tell us about Facebook?

Are we now any clearer about what goes on behind the scenes of this social network behemoth? Well, in a sense, yes we are. We now know that Facebook’s net income rose by 65% in 2011 to $1 billion from total revenues of $3.71 billion. Most of this income comes from advertising.  Some reports have suggested that the company is currently worth about as much as McDonald’s and Amazon, and is probably worth the equivalent of 3 Nike’s. The social network now has 845 million users worldwide, with a daily interacting audience of 443 million. We also now know that Mr Zuckerberg owns 28.4% of Facebook, and will probably be laughing all the way to the bank. But, assuming the flotation goes according to plan, what will happen to the company when investors get their hands on it? Will Facebook have to change, and what are its plans for future growth?

Mark Zuckerberg seems to suggest that Facebook will not change per se: it will continue to function using the same sort of rationale and philosophy that is has always applied. Zuckerberg has maintained that anyone wishing to buy shares in the company has to understand this:

“Facebook was not originally created to be a company. It was built to accomplish a social mission – to make the world more open and connected. We think it’s important that everyone who invests in Facebook understands what this mission means to us, how we make decisions and why we do the things we do.”

Experts, however, are predicting that the flotation will change the company as we now know it.

It will have to be more open, and it will have to release more details of its finances once it becomes a publicly listed company. Martha Lane-Fox, co-founder of the online travel site Lastminute.com agrees. She told the BBC that:

“The company does change when you go public. Whatever Mark Zuckerberg says about continuing to run the company for users, for employees, not for shareholders… it does mean there is a level of scrutiny and accountability not known in a private company.”

Yet, according to the BBC’s technology correspondent, Rory Cellan-Jones, all the social network will do is continue as normal. Advertising is where the money is, and businesses are falling over themselves to throw money at the company to get their hands on the valuable information they can use to target their audience:

“As it is not a paying service, you are not the customer, you are the product. What Facebook is selling to the world is users’ time and their attention, their likes and dislikes, all that time and data they pour into the site, so that they can be very precisely targeted with adverts matching our interests.”

In spite of the nagging doubts about whether Facebook will be able to maintain this momentum without sacrificing some of its core principles, one thing remains certain.

This is the big one that investors have been waiting for.

Facebook is a global brand, an icon if you’d prefer, and speculators will throw money at it at the first available opportunity. The major investment banks will be scrabbling for their place at the head of the queue. This flotation won’t be a flop like Zynga, or a slow burner like Groupon: this will be the big one, and if it goes as predicted, will dwarf the Google’s flotation in 2004. Facebook currently 100 million more users than Google did when it floated, and, let’s face it, the search giant has done too badly since, has it?