So, after all the shenanigans following the launch of Google+ and its Hangout feature, what do you think is going to be the killer application of the future for social media platforms?

Well, the odds on it being video-chat look to be odds on, following Facebook’s announcement that it has partnered with Skype to offer its own video-chat feature. Now, of course it could just be a coincidence that this announcement comes so soon after the launch of Google+ and its Hangout application. I couldn’t possibly comment, though in fairness, Facebook would no doubt tell you that it’s been working on this application for some months and always planned to go live soon. Perhaps it’s just that Google+ forced its hand. 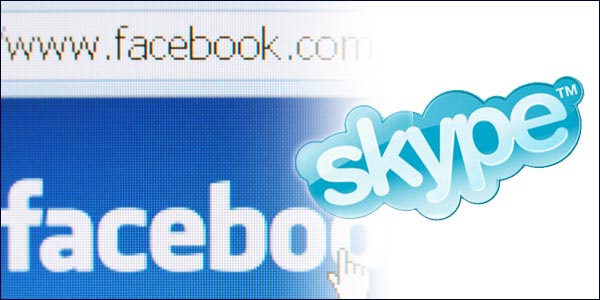 The partnership with Skype will now enable Facebook’s 750 million users to connect with friends via video, rather than just by posting messages or poking each other. For clarification, I did say 750 million: Mark Zuckerberg just let that figure drop into the conversation during the deal launch, but chose to set little store by this new landmark, preferring instead to concentrate on the metric that Facebook users were now spending twice as long on the platform as this time last year.

The new application faces some stiff competition from Hangout, as Google’s video-chat offering allows up to 10 people to connect with one another at any given time. Facebook on the other hand can only offer a one-to-one video chat. However, according to Skype CEO, Tony Bates, introducing the ‘app’ at the launch event in California last week, this is just the start: I’d guess it won’t be long before Facebook’s equivalent offers the same features and a lot more besides.

So which company is the more likely to be feeling miffed at the turn of events?

Well, Facebook rightly must feel that some of its thunder was stolen by the search giant: they had been working on the idea for a while after all. Google on the other hand probably also feels a little undercut by this announcement just a week after its own triumphal social media platform launch. In fairness the two probably cancel each other out, leaving no actual winners or losers.

However, Zuckerberg seems none too keen on the incessant references to Google+ and how it could become the major player in the world of social networking:

“This type of thing (Google+) is only possible because of social infrastructure that already exists.”

Although he’s already a member himself, he was quick to point out that Google will have some way to go to match its 750 million users, particularly as Google+ was released on an invitation-only basis. He obviously doesn’t see it as a threat, yet it should be noted that, invitation-only or not, Google+ is reported to have already amassed a user-base of 10 million. What happens when the introduction door is fully opened?

The one thing Zuckerberg did say that was of interest, is what he thought was going to happen in social media over the next 5 years. He was convinced that all companies in this time will have to join in with the social media revolution or be left behind: ‘social’ will be everything and everywhere in the years to come, and companies will have to incorporate this into all their future products and services:

“I’m not going to talk too much about Google. Lots of companies that have not traditionally looked at social networking apps, not just Google, will be trying apps,” said Mr Zuckerberg. “I view a lot of this as validation of how the next five years will play out – every app will be social,” he added.

Mr Zuckerberg said that means focusing on what matters, which is making products users will use.

Users are not just spending twice as long on the platform, but are also sharing 4 billion items a day with each other from status updates to photos. Clearly he feels video-chatting will only further this appeal. So no, he’s not too worried about Google+ and its Hangout application