It’s not often you can say that tech-savvy President, Barack Obama, has been caught lagging behind the times: when it comes to self-promotion and using the power of social media to get his message across, he’s generally at the head of the queue.

However, for once he’s found himself trailing behind the man he replaced, George W Bush. Obama may have been late to arrive at the party, but he’s about to put that to rights later today by appearing on Facebook’s internet TV Channel, Facebook Live. He certainly in good company: former President Bush and Tony Blair have already gone down that road before him, not to mention a host of celebrities who claimed their regulation 5 minutes of fame on the world’s largest social media platform. 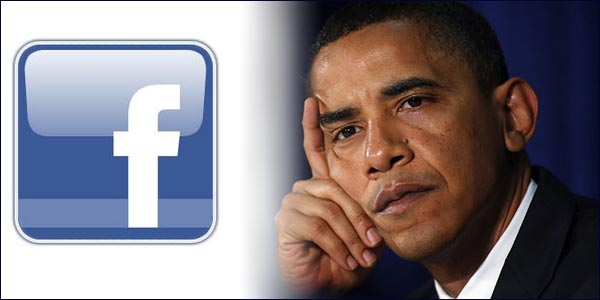 So, why now, you may ask, and why on Facebook Live? Well, let’s not forget there’s an election coming up next year, and he’s already made it clear that he intends to hit the ground running, kicking off his electoral campaign earlier than any of his predecessors. Why Facebook Live? Why not CNN, or Fox News? Well, Facebook is the world’s biggest and most influential social media platform and boasts an audience of nearly 600 million. That in itself is probably reason enough, but Obama is quick to spot potential: he’s used social media to great effect before and pioneered its use in getting to the White House in 2008. Going on Facebook Live not only gives him the platform to promote his 2012 campaign at a time when his popularity is plummeting, but also gives him the perfect opportunity to sell his plans to reduce the enormous national deficit to an electorate that incorporates a young demographic relying heavily on the social media platform for much of its news and information.

White House Communications Director, Dan Pfeiffer, explained, “It is an attempt to reach people who may not get their news through traditional news sources like newspapers or the network news. We want to go to where people congregate online, and Facebook is one of the premier places to do that.”

The theme of the event is ‘shared responsibility and shared prosperity’ and the intention is to repeat the deficit reduction policy announced just over a week ago. The Democrats plan to reduce public spending by over $4 trillion from 2012, by cutting defence, Medicare and Social security budgets as well as increasing the rate of taxes for the wealthy and restructuring corporate tax law. The plans are destined to be unpopular, not just with the Republicans who would prefer to go even further than that, but also with the American population as a whole. It promises to be a tough sell – hence the appearance on Facebook Live.

Obama will be joined on the live broadcast by Facebook co-founder and Chief Executive, Mark Zuckerberg.

The event is not just a milestone for the President, but also significant for Facebook and its fledgling internet TV venture. Facebook Live developed as something of an after thought, following the eruption of the Icelandic volcano in 2010. 500 European developers who were due to attend Facebook’s F8 Conference were left stranded. Facebook engineers promptly knocked up a video channel that let the developers view what was happening at the event. The company was taken by surprise when 125,000 other people logged on to watch the event. Facebook quickly spotted the untapped potential of the channel for 2 way communication, giving viewers an inside track about what goes on in the company by streaming products and conducting interviews with engineers and latterly the high and the mighty of the political world. Facebook Live was different as it allowed users to interact and ask questions.

Head of consumer marketing, and sister of the CEO, Randi Zuckerberg, is said to be delighted to be able to host the American president on the TV channel: “There’s so much excitement among Facebook employees that the President has chosen to come here, and that the President wanted to use Facebook for his message. It’s like a real testament to everything the engineers have built here. The visit is also a testament to the growing power of Facebook.”