Who or what gets the most endorsements on Facebook?

Go on have a guess. If you’ve plumped for Charlie Sheen or Justin Bieber, then I can understand that: celebrities always ride the crest of the wave in terms of mass popularity. However, it might surprise you to discover that pound for pound, Audi out-muscles young Justin, and even Lady GaGa for outright social media popularity. Well, according to a study just released by social media analysts, Visibli, that is. Unfortunately, as with all of these stories, the headline only tells you part of the story. Liking a person or a brand may be one thing: engaging with it is a whole different matter. 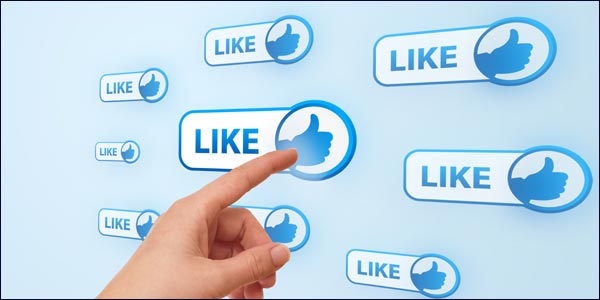 Visibli analysed the profiles of over 200 million Facebook users during February and March this year and tracked their levels of engagement. Surprisingly it found that the Audi brand had, by some distance, the most-engaged fans, at least amongst the pages that had over 100,000 ‘likes’ to their names. The German car manufacturer managed to get 225 ‘likes’ on average for every status update. However, this statistic does need some clarification: Audi only got 225 endorsements for every 100,000 fans. Nevertheless, that’s still more than Justin and Lady G who could only muster 181 and 136 respectively. To put some perspective into the figures, the next most popular brand to register in the figures was American Airlines and it trailed in with a lowly public endorsement of 128 per 100,000.

The obvious question to ask is, what makes Audi so successful?

Why does its page score so highly in terms of popularity? The answer, unfortunately, is far from clear. Visibli was at a loss to explain the figures, other than surmise the popularity was directly linked to high visibility on the web and constant interaction and promotion of the brand on Facebook. Surprisingly, Audi refused to speculate until it had seen the figures.

That’s only half the story though: what the study did discover is that popular endorsement isn’t always a measure of success for brands and media organisations. Statistically speaking, the higher a brand’s public endorsements, the lower its rate of overall engagement with its customers: by contrast the opposite is true for celebrities. Artists and other celebrities get, on average 92 ‘likes’ per post, whereas brands only get a mere 9. The reasons for this are also unclear, but logic dictates that users are far more likely to comment on fellow users’ posts if they relate to a specific individual who they both may like: users are far less likely to comment on a brand’s post or news article unless the subject matter is intriguing or controversial.

So, does popularity really matter in social media? Is it the end of the world if followers fail to respond to comments you or a brand has made?

Well, no, not really. The study found that the maximum shelf-life of a Facebook status update is around a day. Any Facebook post will get roughly 80% of its Facebook ‘likes’ or endorsements within the first 7 hours of posting: by the time 22 hours have elapsed, any post will have received 95% of all its endorsements and things tail off thereafter. It might appear to be counter-intuitive to put so much effort into a post, if the reaction is going to die down after only 24 hours: however, similar studies have shown that tweets have even less of a shelf-life and are effectively consigned to history after only an hour. So, I guess, ‘you pays your money and you takes your choice.’