Daily deals are rarely out of the news these days.

Groupon and Living Social continue to be the big hitters, but others are in hot pursuit. The latest among these is Facebook Deals. At the recent UK launch of the location-based mobile voucher platform, Facebook linked up with new partner, Japanese Food outlet, Yo! Sushi to offer 5 free plates of sushi plus a complimentary drink to the first 1000 people to ‘check in’ at one of the participating restaurants. 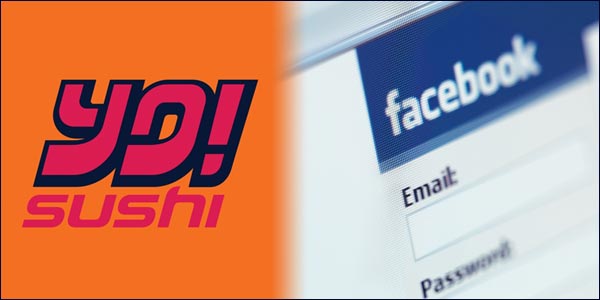 The idea was simple. Customers could tag a friend when they claimed the deal, and give them access to the same offer at the restaurant. Yo! Sushi marketing manager, My Ly explained: “it meant regular customer were able to bring a friend who had never tried us before, and were maybe e intimidated by our concept – totally risk-free.”

The offer sold out within 24 hours of the platform going live on Facebook.

It came as something of an about-face for the company as it has previously consciously resisted the temptation of jumping on the daily deals bandwagon, preferring to strictly limit the few offers it did make to voucher sites like MoneySavingExpert.com and MyVoucherCodes.co.uk. The thinking behind this was that the brand was already sufficient strong and didn’t need the additional boost from daily deal sites. The company instead chose to concentrate on ‘value-added’ offers and promotions at strategic times of year, like the 40% discount in its first January sale.

Yo! Sushi signed up to the Facebook partnership deal in the belief that it would help to both retain existing customers and tempt new ones into experiencing the brand. My Ly explained: “we wanted to reward loyal customers by a unique mechanic, but also create excitement and acquisition among a cool, early-adopting, younger demographic who might not be familiar with our brand.”

The company is no stranger to the social media, and currently has a presence on both Twitter and Facebook.

It also runs a loyalty programme and currently boasts around 300,000 members. That particular marketing structure is unlikely to change in the foreseeable future. In spite of the success of the Facebook partnership, Yo! Sushi is unlikely to repeat the offer in a hurry. The plan is definitely to stick with the current multi-channel approach to marketing, and only target discounts at its regular diners.