Anyone surfing the web using older versions of Internet Explorer, Firefox and Safari is in for a bit of a shock come the 1st August.

Google has announced in its blog post that it is set to abandon support for these older browsers from that date. So don’t say you haven’t been warned. If you’re still stuck with your trusty old IE6, Firefox 3.5 or Safari 3, or goodness forbid, an even older browser, then you’d best pull your finger out and upgrade or you may well be left to cope on your own, and worse still, lose much of the functionality of the latest web services. 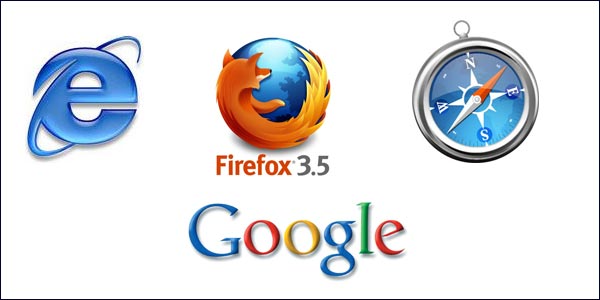 Why make the change?

So, what’s prompted this move? Well, according to Google these changes are not only necessary, but vital to the efficient functioning of web as services become increasingly sophisticated. The internet search giant warned that older browsers are just not clever and intuitive enough to handle the latest web technologies, and moreover, they are also insecure. Google’s engineers have stated that they were keen to make use of the latest capabilities in browsers, and that, therefore, requires support for the latest HTML5 technology. According to Venkat Panchapakesan, vice president of engineering at Google, “these new browsers are more than just a modern convenience: they are a necessity for what the future holds.”

Statistics on browser versions gathered by StatCounter suggest that up to 17% of all global users will need to change or upgrade their browsers to keep pace with the latest technologies. Currently 34% of Chinese users are still working with IE6, as are 22.3% of South Koreans and 11.6% of Vietnamese users. Consequently from 1st August, Google will only support ‘modern browsers’, in other words the latest versions of Chrome, Firefox, Internet Explorer and Safari. As new versions of these browsers are released, Google will get its web services working with them, and drop support for the third oldest version. When Google speaks about ‘support’ what it actually means is compatibility testing, but only for the most up-to-date versions of the browsers: it will not carry out these compatibility tests on older programmes and therefore cannot guarantee that its web services will work with them.

Unfortunately for Google, this may not prove as easy as they might like. Mozilla, which oversees the development of Firefox, has already hit problems trying to persuade users to upgrade to the latest versions of its browser. Since May this year it has endeavoured to get around 12 million of its users to upgrade from version 3.5. It’s tried everything in its power to effect this change and to make the transition seamless, using pop-up screens, adverts and re-directs. Unfortunately, users have been slow to embrace the change, much to the frustration of Mozilla which believes that there is still a rump of about 1 million users out there who just won’t budge. Microsoft hasn’t really fared that much better with its campaign to phase out the use of IE6: it’s also found that many companies and regions are well and truly stuck in their ways, and don’t take kindly to enforced change.

It remains to be seen whether the world’s largest and most popular search engine will manage to persuade its own users of the necessity of this latest change. Logically what it says make perfect sense: if users want to retain full functionality for Gmail, Google Calendar, Talk and Docs and Sites, then they have to move with the times. Sadly people don’t always respond to what’s logical, they prefer to stick to what they know and trust.