“We want the time people spend with Groupon to be memorable. Life is too short to be a boring company.”

So wrote Groupon’s founder and CEO, Andrew Mason, in a letter to shareholders ahead of the proposed public offering of the world’s biggest and most successful daily deals business. So, what’s the plan? Well, Groupon has filed an IPO with the Securities and Exchange Commission in a $750 million public flotation underwritten by Morgan Stanley, Credit Suisse and Goldman Sachs. That in itself is no great surprise: the group buying company has taken the internet marketing world by storm and grown at a rate that’s surpassed everyone’s expectations. The move has been expected for some time, but you have to ask why now? Maybe it was decided that now was as good a time as any, particularly given the shining examples of both LinkedIn and Russian search giant, Yandex, who’ve successfully gone down the same road recently. However, what makes this proposed flotation different is that Groupon, however successful it may appear, is not currently profitable. So what exactly is going on? 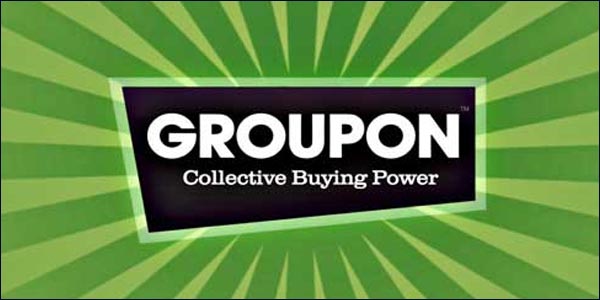 The IPO filed with the SEC reveals that Groupon’s revenue for 2010 was $713 million.

Unfortunately the company has started to pay the price for this phenomenal rate of growth and now finds itself running at a loss.

How, you may wonder, given the above figures? To keep pace with this unprecedented growth rate, Groupon raised $1 billion in venture capital. The consequence of this is that Groupon is no longer profitable. According to Andrew Mason, “we have incurred net losses since inception and we expect our operating expenses to increase significantly in the foreseeable future. … We incurred net losses of $389.6 million and $102.7 million in 2010 and the first quarter of 2011.”

Now some investors will obviously put off by this lack of profitability, but Mason remains as upbeat as ever, and maintains that the company will eventually reap the rewards for all its investment in the medium to longer term. His often quirky methods have been criticised in the past, but he’s not for turning: Groupon will come good again, of that he has no doubt.

“Whether it’s with a deal for something unusual, such as fire dancing classes, or a marketing campaign such as Grouspawn, we seek to create experiences for our customers that make today different enough from yesterday to justify getting out of bed.”

“If you’re thinking about investing, hopefully it’s because, like me, you believe that Groupon is better positioned than any company in history to reshape local commerce. The speed of our growth reflects the enormous opportunity before us to create a more efficient local marketplace. As with any business in a 30-month-old industry, the path to success will have twists and turns, moments of brilliance and other moments of sheer stupidity.”