When it comes to search engine optimisation, the only platform most marketers tend to focus on is Google.

If you want to get the highest page ranking, then Google’s your man. It’s the king of the castle in search engine world after all. Poor old Bing barely gets a mention. Yet, maybe that is about to change soon. It’s rumoured that Bing is picking up some momentum, particularly after its link up with Facebook. Before too long it may well be better equipped to compete with its big competitor. Analysts have estimated that Bing is currently growing at a rate of 3% each month, whereas Google is losing approximately 1% of its global share over the same period. Now obviously these figures are uncorroborated, but if they’re true we could well see a major re-alignment in the world of the search engine soon. That prospect should get all marketers and businesses thinking.

Are Bing’s algorithms based on similar principles to Google’s?

Does Bing value quality content as highly as Google? What about backlinks and blogging, are they as relevant to both platforms? Well, the answer’s far from clear as you’d expect, but hopefully we might be able to throw a little light on the subject. 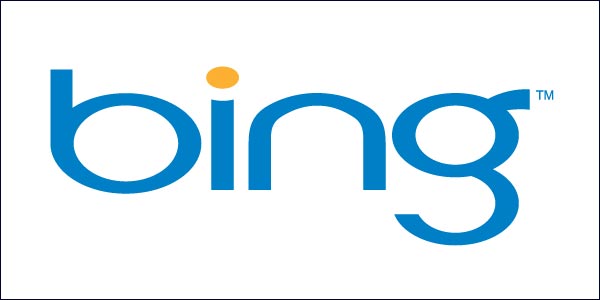 Let’s start with the good news first. Bing has fortunately adopted most of the more commonsense rules that Google uses. It values and promotes sites that have quality content on them. Unlike Google it also values quantity as well. Sites with blocks of text with more than 300 words will rank higher than shorter ones, even if the latter are more relevant. Why? We can’t answer that unfortunately: that’s just how it is. Bing also places a high premium on websites that have a lot of outgoing links to relevant resources: the emphasis being on the word ‘relevant’.

Having said that, rumour has it that Bing would rather content be friendly and readable. If it came to a straight choice between outgoing links and readable content, then the latter wins hands down. It also appears that backlinks don’t matter as much to Bing either. It would rather take into account the age and the amount of pages on a site, unlike Google. Similarly Google page rank will not take precedence over a more established site on the Bing search results. The essence to optimising a website for Bing appears to be to make sure that the content on a site is succinct and focused on keywords: apparently using the right keywords sparingly will be effective on Bing engines because it favours people-friendly text.

The bad news, if you choose to call it that, is that Bing doesn’t place all that much importance on blogs and article marketing.

So platforms like Blogspot and WordPress won’t be able to dominate the search results. If you want to see how this works in practice, then have a look at a Bing tool called Bingle: this will show the comparative search results on any specified search topic. If your business is insistent on continuing with its blog, or feel Bing is undervaluing it, then it’s important to remember to integrate these with the domain if you want them to have the desired effect on Bing’s search results. It’s also important to remember that since Bing officially integrated with Facebook in June this year, there is a much greater emphasis placed on businesses having a social media presence. This should complement any SEO campaign.

So, what’s the prognosis for business? Should they adapt their strategies?

Well, that depends. Obviously if Bing is most important to you, then it’s a no-brainer really: you’ll have to. If you want to feature on Bing, but still want to retain your existing reputation and high page ranking on Google, then it’s probably best to stick with the tried and tested holistic approach to internet marketing: try to do at least a little of everything, and make sure you do it as well as you can, whether that’s blogging or building backlinks. If you cover all bases, then you’ll probably fare well enough.

Will Bing’s Plans To Modernise Search Help To ...

Google is the king of the castle when it comes to search engines….