MySpace has managed to find itself a buyer after months of speculation and double-dealings behind the scenes. The ‘original’ social network had been ailing for some years now and had lost over 50 million users in the space of a year. Well, the good news, if there can in fact be any, is that Robert Maxwell’s News Corp has eventually managed to offload the former golden child of social networking. The bad news is that he only managed to bag a sale price of $35 million, not the predicted $100 million forecasted. So, what happened to the platform? Where did its users go, and why did it go so pear-shaped? 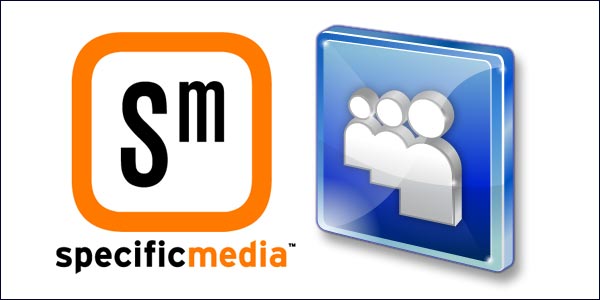 MySpace has been sold to an advertising network called Specific Media for a bargain-basement price of $35 million. News Corp hasn’t completely severed all of its ties with the network, as it’s reported it will retain a 5-10% stake in the business and focus all future efforts on the music side of the business. The sale is still shrouded in mystery and there still appears to be lots of loose ends to tidy up. Two things are certain though: CEO Mike Jones will definitely be leaving the company in due course, and a large percentage of the staff will be joining him. Jones told employees in a company email:

“In conjunction with the deal, we are conducting a series of restructuring initiatives, including a significant reduction in our workforce. I will assist Specific with the transition over the next two months before departing my role as MySpace CEO”

If you were to turn the clock back to 2005, you’d see that Myspace was booming and on top of its game.

It had a user base of over 150 million and was the social network of choice: it was undoubtedly the place to be and to be seen. It was so successful that News Corp was prepared to stump up $580 million. Now I know Robert Murdoch isn’t short of a bob or two, but he must be well and truly regretting the day he got his cheque book out. Fast forward 6 years and what have you got? A net loss of $545 million and hundreds of redundancies.

So why was there such a fall from grace? Two things appear to have happened that caused this dramatic decline in fortunes. Firstly MySpace lost its cutting edge appeal and appeared to outsiders to be back-peddling. It was almost as if it was content to live on its past success and saw no further need to innovate and create. Secondly the competition intensified as other social networking platforms edged their way into the market. Facebook probably did the most damage, followed by YouTube and latterly Twitter. All of these networks offered something different and fresh. MySpace found it wasn’t in a position to compete and was quickly and inexorably squeezed out of the market.

Myspace did try to halt the slide, by realigning its strategy to focus purely on its core music roots.

Jones told the Telegraph newspaper back in 2010 that the company would no longer try to compete with the likes of Facebook and would concentrate purely on being a “social entertainment destination.” It then launched a series of initiatives like Myspace Music to tempt its followers back, but they had little effect and the numbers continued to decline. Myspace lost a further 10 million unique users in the space of little more than a month, reducing from 73 million users down to 63 by the end of February 2011. That loss, which was significant in itself, was unfortunately just the tip of the iceberg:  the platform has lost over 50 million users in total in the year from February 2010.

So where does the network go from here? Well, apart from the immediate ‘restructuring’, no one’s quite sure. Specific Media’s plans remain a mystery and News Corp retained stake has yet to be officially confirmed. You only hope that for the sake of the remaining employees, the new owners make a go of it. Unfortunately history’s not on their side.