It was meant to be just another run of the mill press call last week where Twitter CEO, Dick Costolo, announced to the technical press that the social network had finally broken the 100 million regular user barrier. However, the micro-blogging network likes to spring the odd surprise every now and then. They certainly didn’t disappoint this time. Costolo offered the assembled press a list of remarkable engagement statistics, then casually announced that Twitter users will start to see promoted tweets in their timelines shortly. You might not think that’s such a big deal as Twitter has been doing that for a couple of months now: if you followed a brand, the chances are you’d see its promoted tweet in your timeline. However,  what will be different from now on is that Twitter users will now start to see promoted tweets from companies they don’t follow, whether they want them or not. 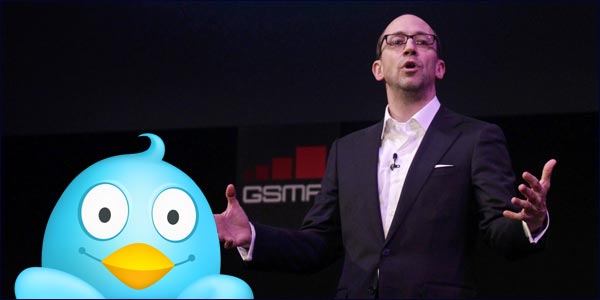 Promoted tweets were introduced by the platform earlier this summer.  Some users were  unhappy with the announcement, but Twitter moved quickly to reassure these people that they would only see these tweets if they followed the particular brand in question. The platform reckoned that if you already followed the brand, the likelihood was that you’d see these promotions anyway. The only difference users would find is that the promotions would become ‘sticky’ and would therefore stay at the top of the users timeline until they removed them. Not everyone was convinced by these reassurances, but life moves on.

It shouldn’t really come as too much of a surprise that Twitter would want to take this a step further, after all the platform set its stall out long ago and made advertising its major revenue source. What you might’ve expected to see was possibly an extention of these promoted tweets from companies that were similar to the ones you were already following. You might not agree with it, but there’s a kind of logic behind it that’s hard to fault. However, Costolo’s announcement makes it clear that all Twitter users will start to get these promoted tweets in their timelines end of story. It doesn’t even matter how you access the platform; whether you’re accessing through Twitter.com, through the company’s mobile client or via a third-party service like TweetDeck, you’re going to get these advertisements.

So, how will users react to these changes? Well Costolo was certainly upbeat about them. His passion for the platform shines through whenever he speaks. However, even he was a little cautious when he tried to explain how the new promotion would work. Promoted tweets, he said, “will be based on the interest graph of the accounts you follow, so you should only see the kind of content that you’re already interested in.” It’s interesting to note that he didn’t say ‘will’, just ‘should’: so I guess that maybe the reason for his caution. Only time will tell whether this extention of promoted tweets will be greeted with enthusiasm. The one thing you can bank on with Costolo, judging by past form, is that if it proves to be unpopular with users, then he certainly won’t be afraid to pull the plug on it. Remember the unpopular Quick Bar? How log did that last?