Following on from last week’s announcement that MySpace had finally bitten the bullet and been sold to the advertising network, Specific Media, the burning question for media analysts was, what now?

How is this company going to revive the fortunes of the former social networking giant? Well, we may have just been given a clue about the sort of direction that Specific Media has planned. Justin Timberlake – yes that’s right, Justin, the former squeeze of Cameron Diaz and erstwhile boy-band member, is to buy a stake in MySpace. So, what’s going on? Is this a serious proposition, or is the rebranded social media platform just trying to hide behind today’s cult of the celebrity? 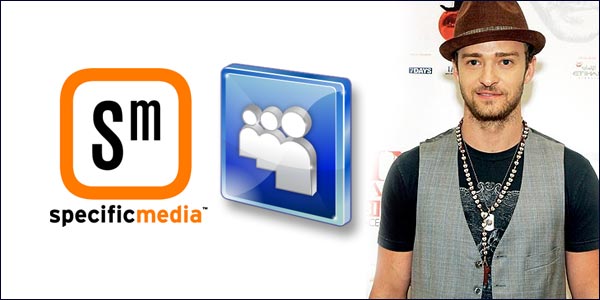 Well, you pays your money and you takes your choice. Some will obviously view this move as little more than a gimmick at best: after all, a little celebrity gloss can hide a multitude of sins. That certainly isn’t the case for Timberlake though. He seems to be deadly serious and believes he can actually make a difference. He’s quoted as saying:

“There’s a need for a place where fans can go to interact with their favourite entertainers, listen to music, watch videos, share and discover cool stuff and just connect. MySpace has the potential to be that place. Art is inspired by people and vice versa, so there’s a natural social component to entertainment.”

That’s all very noble and admirable, but what does he really know about business?

Well, probably more than you might at first think. Timberlake’s not just a singer, actor and comedian, he’s also an entrepreneur who owns a clothing line and a restaurant. In fact, in business terms, he’s actually quite a smart cookie. If you can see past the happy-go-lucky celebrity persona, you’d find that he is at heart a hard-nosed businessman. Surely for MySpace, this has to be a good thing? He’s got an eye for what people want, he’s charismatic, and with his entertainment contacts, maybe he can bring in the exclusive materials MySpace needs to become a first-stop destination.

New owner, Specific Media, is fulsome in its praise as you might expect.

They’re keen to talk up the role that the former teen idol will play in MySpace’s fortunes, emphasising that he certainly won’t be a silent partner. In fact Timberlake will be fully involved both at the re-launch and thereafter. And what is it basing these hopes on? Well, I’d guess his successful role in Saturday Night Live, where he’s proved to be a star who can really capture the imagination of the audience and drive up viewing figures.

He’s certainly not afraid of self-deprecation: you only have to look at his appearance in a leotard and high heels, or dressing up as a giant cup of soup. He’s also not afraid to push the boundaries, even if at times, that can make audiences feel ever so slightly uncomfortable. Specific Media sees Timberlake as a positive asset who can drive the business forward, and possibly help to regain some of its former success. Maybe it’s right? Maybe MySpace will re-emerge to be the power it once was? Only time will tell.