For some, he was a hero – for others simply a villain: whatever your opinion of fictional character Gordon Gekko, it appears he and his like are now old-hat and well past there sell-by-date.

The latest reports from America would suggest that we may be at a point where traders will cease to control the financial markets. The hedge funds of the future, or ‘high frequency trading’, will, if these reports are correct, be managed by computers and the source of information underpinning this trading will be none other than the social media. 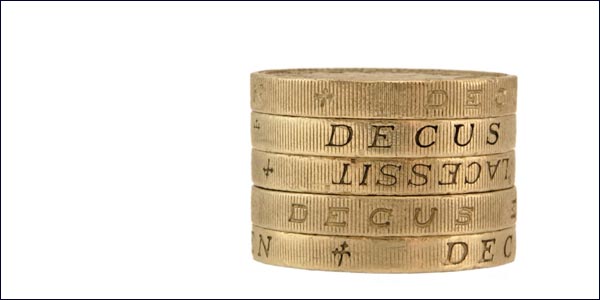 It may sound a little far-fetched, but there are organisations who are so convinced of this fact, that they’re willing to pledge huge sums of money to get a piece of the action. Social media you see isn’t just about chatting with a few mates online: it’s a huge source of raw data with potential profit written over it. All it needs is someone to exploit it. Many on Wall Street firmly believe that social media networks offer the key to reliably predicting how the markets for their investments will trend. So much so that one London-based Investment group, Derwent Capital Markets, is prepared to launch a fund based solely on information from Twitter for its investment decisions. It’s estimated that it currently has $100 million in capital sitting in readiness to launch its Twitter hedge fund.

The obvious question that immediately springs to mind is why?

What would drive an investment bank to gamble on social media trends, rather than sound financial analysis? The answer, of course, is money, or potential profit. All financial markets are being squeezed thanks to the recession, and new avenues are being sought that might fill the void left by the collapse of property and the equities market. What social media does offer is a huge source of raw data that could possibly be used to predict the financial future of companies and stock.

It needs to be stressed that the ‘brains’ behind these plans aren’t the likes of Gordon Gekko or his modern-day equivalent. They are in fact computers: huge mainframe systems that crunch numbers that most people can’t even conceive. Theses computer-based algorithms, or high frequency systems, are designed to buy and sell in massive numbers: they may only make a few pennies on each trade, but when they’re trading in such massive quantities, the potentially profits can be enormous. The social media is seen as the source of all the raw data that opens up these new stocks and bonds avenues.

It’s not necessarily a new phenomenon: experts already estimate that between 46 and 73% of all equity trading volumes in the US are already made by these high frequency computer systems.

What makes the social media unique is sheer amount of raw data produced and the way the networks interact with one another. The sheer volume of content on social media is already enormous and it appears to be growing exponentially. It also has the benefit of being largely public, and therefore open to everyone to use. The interaction between social media networks, or the ‘semantic web,’ is instantaneous. Large mainframe computers have the capacity to process this information and look for trends. To a large extent, the network is irrelevant: what’s important is the content – the so-called ‘market data.’

Will it work? That’s the $64,000 dollar question if we’re staying in the world of high finance. What’s the difference between a trading indicator and a trading signal? I’m guessing no one really knows. Profits have been made previously based on analysis of stock data and trends, but there has always been some human content added to the mix. Whether you’d choose to call that human content intuition or a shot in the dark is up to you. However, any data gathered from social media should, at best, be seen as an indicator only. Before any significant trend can be identified in any given market, there has to be a number of indicators. We’ve all seen in the past examples of where algorithm-based trading has gone well and truly pear-shaped. Who’s to say it won’t happen again? If social media is to be utilised in modern day trading, then perhaps it’s better to use it to either re-enforce or refute those signals that ultimately lead to trading decisions.