We’ve already seen that research carried out by Buddy Media would suggest that any business wanting to maximise customer engagement should theoretically target their branding materials at night and at the weekend when customer interest and awareness is at its strongest.

However, are these findings relevant to every business regardless of its size? Buddy Media works with 600 client brands, 200 of which took part in the survey. The company were not prepared to disclose which of these were used, but its clients are all very large organisations with massive spending power and huge muscle like American Express, Playboy International and W Hotels. Are the lessons learnt from the big boys directly applicable to your own small business? 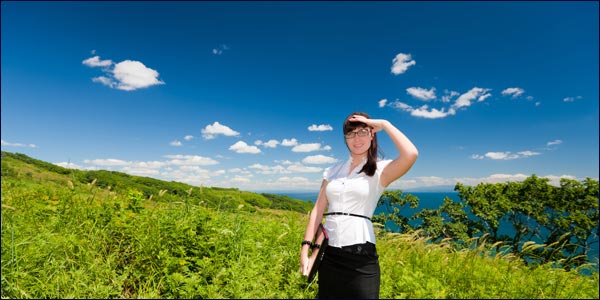 The answer is yes, according to Joe Ciarello, Buddy Media’s director of communications, but there are provisos: “small brands can take away some best practices from this, but remember that the data set is all large brands. Still, a boutique hotel owner could look at the hospitality section and see how it can help his Facebook marketing.”

He suggests that rather than slavishly following all the conclusions of the study, small businesses may be better served by picking and choosing those aspects that can be directly related to their own particular line of business. It doesn’t matter if you only trade on a local stage: some of the lessons learned can be applied universally.

For Buddy Media, the solution to increasing customer engagement on social media platforms isn’t simply a question of determining when the best and most appropriate time to post is: that’s just one part of a bigger, more rounded picture. Ciarello advises there are other things small companies can do that will improve their levels of customer engagement.

The first of these is to keep your postings as concise as possible.

His advice, based on the findings of the survey, is to keep these short and sweet. Posts with less than 80 characters – that’s the length of a short tweet to you or me, are 27% more likely to engage customers than longer ones. It appears though that many companies are not prepared to stick to these limits: only 19% of the companies surveyed managed to stick to the limit of 80 characters or less, and that could mean they were missing out on a chunk of untapped business.

Although advising brevity for posting, Ciarello cautions against using the same tactics when it comes to URLs. Companies with shortened IRLs like bit.ly, or ow.ly were 3 times less likely to engage with customers than those with full length URLs. He believes it’s simply a matter of customers wanting to know exactly who they’re engaging with and where the link will take them. Shortened URLs are fine if you’re a household name, but not that clever if you’re an up-and-coming business.

‘Like’ buttons and comments on Facebook need to be specific. If you don’t ask a customer for comments, then you won’t get them. Similarly ask for a recommendation, but keep it simple. Ask your customers to like what you’ve provided and give them a reason to like you: users prefer clicking a single button rather than being given a long-winded explanation of why they should like you.

So what are the lessons to be learned from this latest survey? Do they give us information we were previously unaware of? The answer, unsurprisingly, is both yes and no. Most people could hazard a guess that the best time to approach potential customers is when they feel at their most relaxed and receptive. What perhaps wasn’t quite so obvious is that different sectors of the market do appear to have different time slots for peak engagement. That’s a lesson every company can learn from. The other thing to bear in mind is that the social media is still a relatively young medium and is constantly changing and evolving. What may be true today might not be so tomorrow. If every business changed its habits and optimized their postings to only go out at proven peak times, what might happen? Either engagement levels will increase dramatically and business will boom, or there’ll be so much traffic on the web at these times of high-engagement, that interest will fall and business will suffer. Why isn’t anything straightforward any more?