Do you run a small business? If you do own and manage one of the many SMBs out there, do you see any value in social media marketing, or are you a doubting Thomas? Questions, questions, I know. The thing is, sometimes a new study is published where the findings are so surprising that it makes you question your own deep-seated beliefs, and start asking questions of others. A recent study by UK firm, Hiscox, discovered that the majority of small businesses saw little value in social media marketing, and would rather spend their precious time and resources improving their business websites and marketing in more traditional, proven fashion. 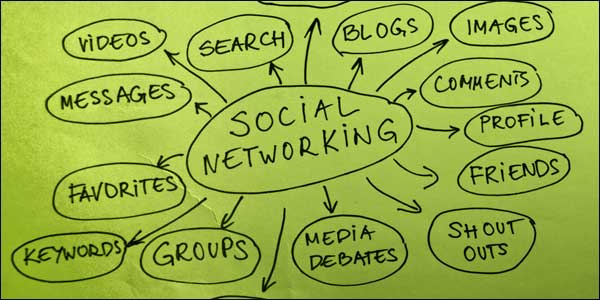 Hiscox took its findings for a study from the opinions of 204 U.S. decision makers who owned small businesses, employing between 1 and 249 people. The survey was first reported in eMarketer and replicated on the social media website, Mashable.com. Although many of the businesses polled were using the social media, most notably, Facebook and LinkedIn, a staggering 64% of the respondents either expressed their total indifference to social media marketing, or thought it wasn’t necessary. According to Nicole Perrin, senior editor at eMarketer this shouldn’t come as such a surprise:

She also intimated that the current economic climate also had a part to play in the reluctance of small businesses to take up the social media gauntlet. It was, for many, down simply to a lack of available resources.

There’s ample evidence already published that indicates that social media marketing  for small businesses works, and is also very cost-effective. Yet, there is still a definite and tangible reluctance to commit any money to the cause. Although just over a half of the businesses confirmed they already had a social media account, most of them saw it merely as an add-on, or an adjunct that may prove to be of use somewhere down the line. It certainly wasn’t seen as either necessary or essential. Of all 204 businesses polled, only 12% thought social media marketing was vital. 24% said they occasionally used it when time permitted, but 64% thought it superfluous.

The reason for this lack of enthusiasm seems, in part, to be down to the dim view the businesses took of social media. They didn’t see it as a worthwhile and cost-effective tool for marketing purposes. 50% of those questioned believed that word-of-mouth recommendations were far more vital; whilst 14% believed it was far better to devote all their marketing resources to the development and improvement of their websites. Ironically most of the businesses failed to grasp that social media marketing also creates word-of-mouth recommendations: in fact, some would argue this is actually what the likes of Facebook and LinkedIn do best. Sadly on a paltry 4% saw the true value of social media marketing.

So, I’ll ask the questions again. Are you a small business owner who sees little, if any, value in social media marketing? If you are, then I’m sorry. All I would say is that you may be missing a trick. Surely anything that helps your business grow should be positively embraced these days? Most other businesses use the medium, so that should really give you some sort of clue. If it didn’t work, or wasn’t cost-effective, why are they still swearing by it? If you don’t already know the answer, I would hope you would’ve guessed it by now.