Did you know that each second a new member joins LinkedIn?

That really is a testament to how quickly the professional networking site is growing. It passed the 100 million members in March this year, and, if the trend continues, then who knows, the sky could really be the limit. Now we all like to think we know all there is to know about this social networking site: we know that many professionals use it to either find or, these days, retain a job and keep up to date with former colleagues. It also doesn’t take a rocket scientist to work out that lots of companies also use the networking service to promote their business and brand. However, no one has actually sat down and properly analysed the behaviour of LinkedIn users before, and found out what they did on the network and what they looked at. Well, not until now anyway. Researchers at Lab42 have just completed a survey of 500 LinkedIn users, and the statistics make for some very interesting reading. 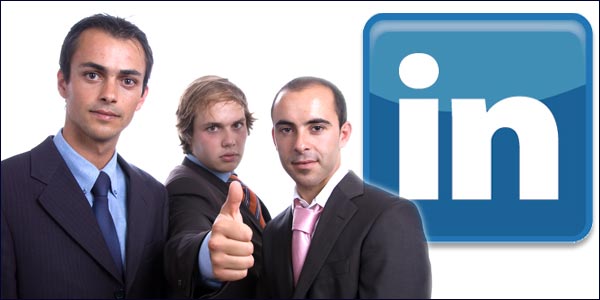 First off, those at the top of the tree use the service in an entirely different way than those at ground level. In a way that’s not entirely surprising, but it’s interesting none the less. Top level executives spend 22% of their time networking with fellow professionals in the industry. Middle management devote only 20% of their time, and the poor old entry level users only manage to notch up just 9% networking within the industry, though they do  devote 23% of their time networking with co-workers.  Unsurprisingly those at the bottom spend a considerable amount of time searching for jobs: 24% of the time in fact, such is the general level of insecurity felt at the moment. Middle and top level management are obviously not immune from such pressures, but only devoted 8 and 9% of their time respectively looking for alternative employment. Of these 500 people, 42% update their LinkedIn profile frequently, 38% change them occasionally and 20% have profiles that are either completely out of date or haven’t been updated since they initially joined the network.

When asked which social networking platform best served the professional business man, LinkedIn was a clear winner, scoring an astounding 62% of the vote: Facebook could only come a poor second with 22% and poor old Twitter hobbled in last with a paltry 4%. Statistically LinkedIn users checked into their accounts pretty regularly too: 35% of respondents checked their accounts daily and 32% did so at least once a week. Even the less keen users (16%) did check their accounts at least once a month. 81% of the 500 users belonged to at least one LinkedIn group, and of these 52% regularly took part in discussions as this was seen as beneficial for business networking.

Perhaps the most telling statistic of all relates to what users think of the site and why they consider it to be a useful business tool.

90% of all the 500 LinkedIn users asked thought the site was extremely useful: their reasons for stating this are, however, even more interesting, particularly if you’re at the lower end of the spectrum. They view the site primarily as a business tool, nothing more; nothing less. LinkedIn helps them to connect with other individuals in their industry who might be potential clients: it was also felt that LinkedIn was a far more professional platform than Facebook for business use and offered employers opportunities to hire new employees they wouldn’t normally get to meet through other networks. It you’re stuck firmly at the bottom of the pile this may well ring a few alarm bells. In many ways LinkedIn has done away with the need for work resumes, as the profile itself is in fact dedicated and expansive curriculum vitae anyway. Who’s to say your boss isn’t sizing up the resume of your potential replacement right now?