There are still some sceptics out there apparently.

By that I mean those dinosaurs that still refuse to believe that internet marketing can ever offer true value for money when advertising brands and services. In spite of the fact that over 2 billion people now spend over 2 hours each day online, much of it on the social media, they still stick rigidly to the belief that traditional advertising is more effective than its online equivalent. Well, I’m not a great believer in statistics, but figures have recently been released by Leadgenix, a US internet marketing firm, that just might persuade them to open up their minds and embrace the dark side. If ever proof was needed of how far internet marketing has progressed in the last 10 years, this is definitely it. Just have a look at these figures. 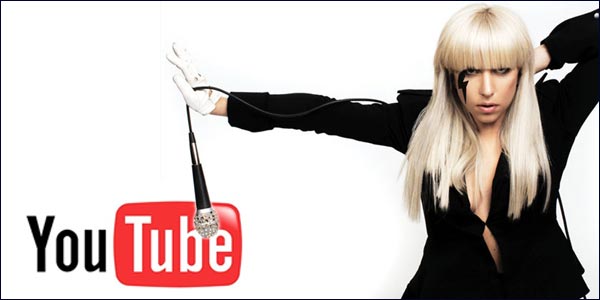 The average cost of one 30 second Super bowl TV advert is $3 million. This is estimated to reach an audience of 90 million people. On the face of it that’s pretty impressive, but $3 million dollars could also buy you 208 Hyundai Accents, 58,997 Harry Potter complete paper back sets or 2,255 639 rolls of 3 ply toilet rolls.

There have so far been 1,106, 932,862 views of good old Poker Face, Lady Gaga, on youTube: in terms of time alone this adds up to 97 lifetimes. Alternatively in the same space of time you could watch the original Star Wars trilogy 8,790,698 times, or listen to the State of the Union address 64,887,610 times or even watch the equivalent of the US TV show Jersey Heights 84.972,000 times. So what you might be thinking? What’s so special about that, bar the public exposure to the Gaga brand? Well, none of this cost a penny – it was all free content generated by her fans.

Other forms of advertising:

So is there a moral to all of this, or are these just meaningless statistics manipulated to prove a point? Before you ask the obvious, I know these facts relate solely to the US, but there’s incontrovertible proof that these figures are also replicated worldwide.

The moral of the story’s quite simple really. By spending a little amount of money, even as little as $200, internet advertisers can potentially reach an audience of 232.7 million daily internet users who spend an average 2 hours a day browsing the web. That’s the equivalent of three quarters of the American population every day.

The potential audience that any brand can reach on the internet is truly staggering, and any company who refuses to embrace this is risking being left behind. Leadgenix Head of Sales, Dan Posner, put it this way: “as time goes on, online marketing is going to get more and more competitive, every company will have a website and will do everything they can to get traffic to that site. The sooner that companies get to the top of Google’s list, the better off they will be in the long run.”

Has your business taken the pledge yet?